There is nowhere else on earth quite like Rome. It is steeped in the grandeur of the past and present as the ancient capital of the Western World and home to the Papal Vatican City.

Rome is the Eternal City, brimming with culture and history; a destination for those who enjoy all the finer things in life. Gourmet food, architectural opulence and decadence all await you in the city that stood at the centre of the ancient Roman Empire.

This majestic destination has been the heart of civilisation for centuries and is recognised as the birthplace of several great artists, writers and philosophers; it is no wonder with the city’s majestic Italian streets and grand architecture.

The unrivalled heritage of this great city blends effortlessly with the modern city we see today; with vast palaces intertwined with fashion houses and hidden ruins. This capital city is exhilarating and forward thinking; paired with the fascinating history a visit here makes for a trip like no other.

There is no better way to experience Rome than through our concierge service, taking any and all hassle out of planning a trip. By adding a stay package to your cruise holiday, you can experience everything the Eternal City has to offer. 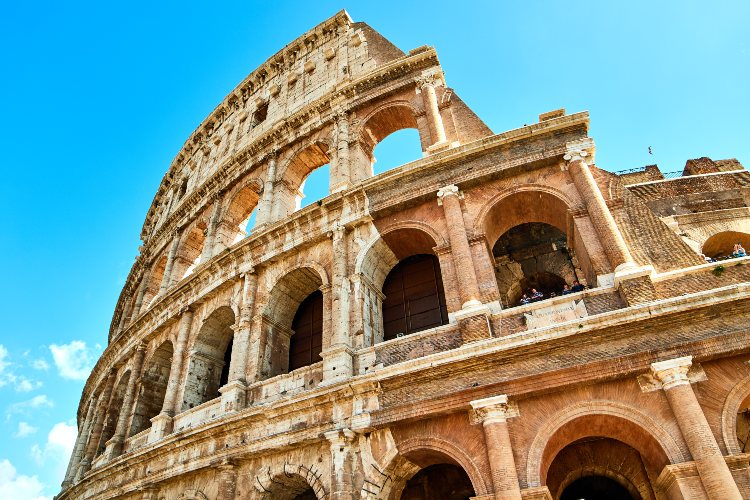 The Colosseum is the main symbol of this great city, with almost 2,000 years of history behind it. As Rome’s greatest tourist attraction and one of the Seven Wonders of the Modern World, it will come as no surprise that this monument can become crowded, so we recommend private tours to experience the true beauty and history of this marvellous wonder.

We recommend an underground tour to visit one the most exclusive destinations in ancient Rome; the underground chambers of the Colosseum where the gladiators themselves once stood. With this tour you will skip the queues to explore the Colosseum as never seen before; you’ll get a chance to walk through the tunnels and enjoy a panoramic view. You’ll continue your journey on this intimate tour up Palatine Hill and to the Roman Forum. 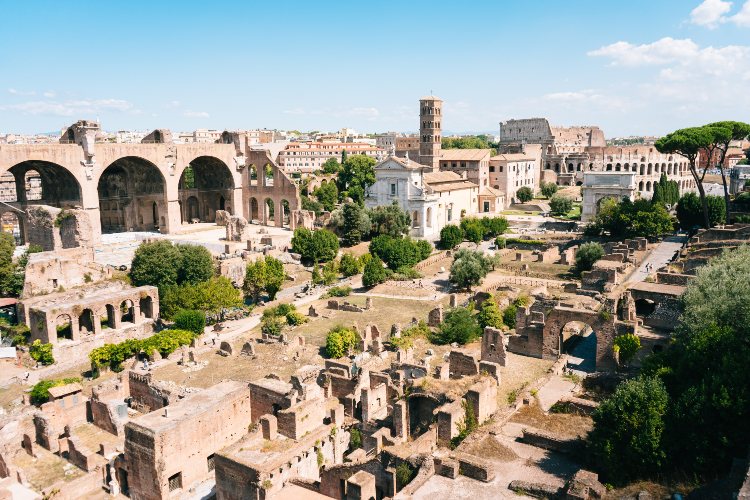 The Roman Forum’s cluster of ruined temples and the well-preserved Pantheon, was built by Emperor Hadrian as a temple but later consecrated as Christian church, whilst also offering a fascinating window into this ancient civilisation.

The Roman Forum was the central feature of religious and public life in the ancient city, and alongside the Colosseum is one of the greatest monuments left behind from the Roman Empire. Buried beneath the city, the Roman Forum was only excavated in the 20th century and features some impressive points of interest such as the Arch of Titus that commemorates Rome’s victory over Jerusalem. 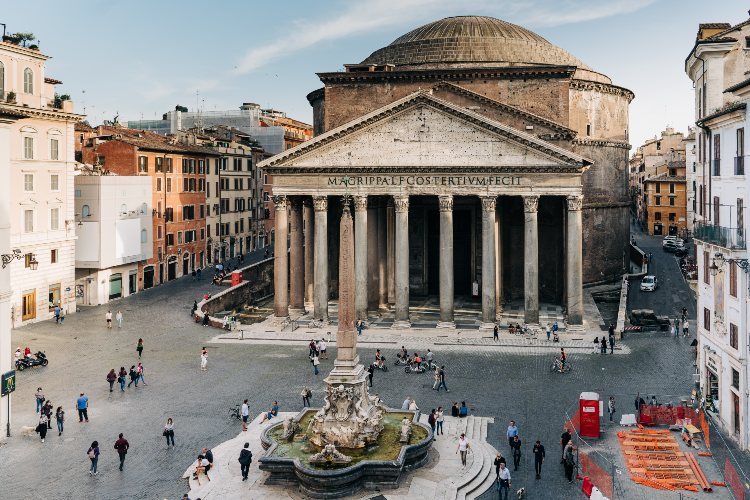 Completed in 126AD, the Pantheon was a Roman temple and is one of the greatest architectural masterpieces of the city. Impressively, it is the best-preserved building from ancient Rome. You can enjoy the Pantheon at all hours of the day, even catching a view whilst enjoying food on the terraces of the Piazza della Rotonda. 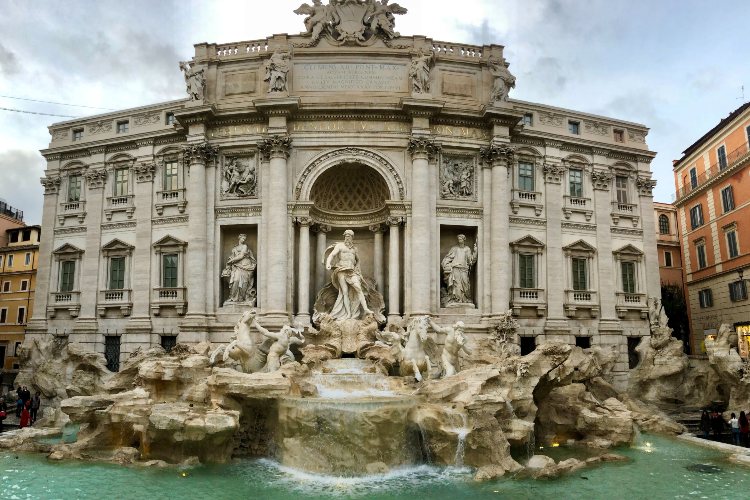 Rome’s largest and most famous foundation, the Trevi Fountain dates back to 19 B.C but it went through various building stages and iterations before becoming the fountain we recognise today.

Whilst the fountain will surely be busy, it is definitely worth a visit to appreciate the grand architecture, history and myth of this fountain. 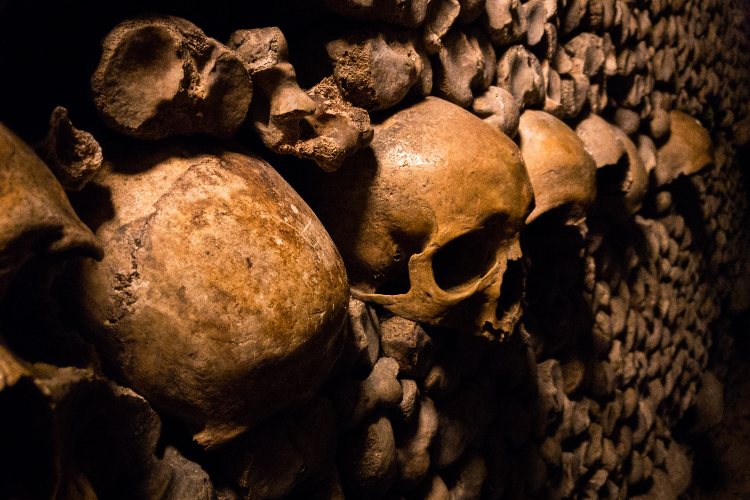 The Catacombs of Rome are the former underground burial grounds that date back to between the second and fifth centuries. There are more than sixty catacombs across the Eternal City and five of them are open to the public. The Catacombs of San Sebastiano are perhaps the most famous. If an insight into the past is what you are looking for, the Catacombs are must-see.

For an exclusive and unforgettable experience, you can take a guided private tour of two of Rome’s most interesting Catacombs; San Callisto and San Sebastiano where you will see exquisite artwork and fascinating tombs. 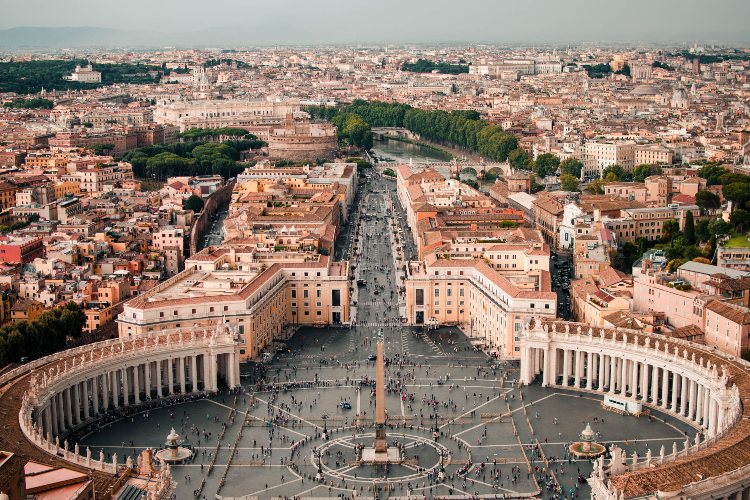 For sheer splendour, head to the opulent Vatican City. Here you will find lavish museums, and the celestial majesty of Michelangelo’s breath-taking Sistine Chapel. This jaw-dropping attraction is a once in a lifetime experience and will no doubt amaze you.

Taking a private guided tour of the Vatican City is the best way to see and appreciate everything this one-of-a-kind city has to offer. Including St. Peters Square and Basilica as well as the Vatican Museums. By taking a private tour, you can visit the artworks provided by masters like Raphael and see the ‘hidden’ treasures you would miss!

Nearby St Peter’s Basilica is another outstanding sight, but this cosmopolitan city has even more to offer than its rich religious and historical significance. Rome is the epicentre of unrivalled cuisine, fashion, and romance. All you need to do is wander the magnificent streets to experience the true grandeur of this ancient city. It is always worth taking a moment, with a coffee or Italian wine in hand to appreciate the sheer spectacle that is Rome.

View all of our upcoming cruise itineraries visiting Rome here, and book your next cruise today!