Baltic cities fuse antiquity and modernity with style and verve. A cruise here during the luminous ‘White Nights’ of the summer solstice – when the late evening sun shimmers as brightly as noon – offers a scene of such photogenic prettiness you would not dare to invent it. At other times, Baltic cruises offer enchanting voyages of discovery.

Almost entirely enclosed by land, the Baltic Sea is an unrivalled maritime crossroads where 5,000 miles of sparkling coastline bring together a sea of surprises, a wealth of heritage, and a host of eclectic cities with a storied past. Centuries-old trade routes followed by medieval merchants and mariners of ancient Hanseatic League cities are now plied by cruise ships. Graphic reminders of prosperous heydays survive in the region’s rich art and architecture; while the unfolding serendipity of enchanting forests and magical lakes complete the pastiche which compels many passengers to head to this enduring land of culture and contrasts.

Most Baltic cruises sailing from British ports head across the North Sea before transiting the Kiel Canal to reach the Baltic Sea. The canal was built on the orders of Kaiser Wilhelm II to enable his German Navy to reach the North Sea, thus avoiding the 350 mile voyage round the northern tip of Denmark. Today it has a more peaceful purpose and the 53 mile-long meadow-lined waterway provides a perfect overture to the Baltic gems that lie ahead.  Another option is to take a fly-cruise to either Copenhagen or Stockholm. 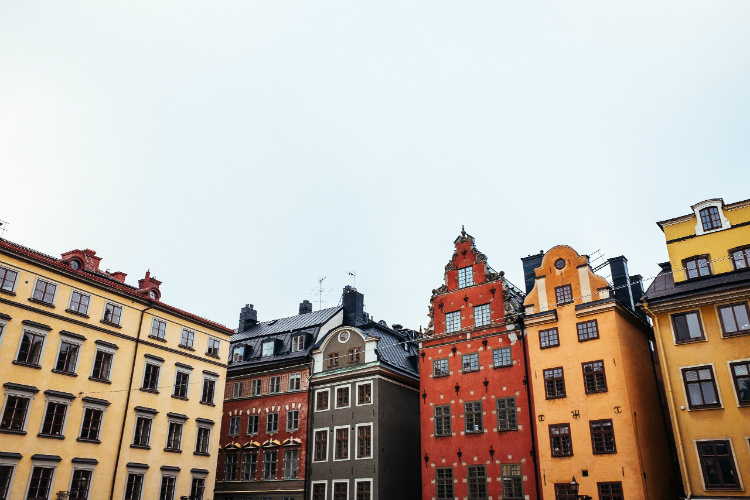 It’s wise to be on deck early to witness one of the most captivating arrivals in the cruising calendar. Gliding past countless islands revelling in their solitude, the city of Stockholm, perched on 14 islands, greets modern-day mariners in an ethereal morning glow. Stadsholmen is home to the quaint old town of Gamla Stan with its cobbled narrow streets lined with quirky designer shops and cafés. The Royal Palace is here, which provides the pageantry of the changing of the guard each day at noon. The 226-foot-long warship Vasa sank on its maiden voyage in the middle of Stockholm in 1628 and was salvaged 333 years later; now it is the only preserved 17th century ship in the world. Alternatively you can bring out your inner ‘dancing queen’ at ABBA The Museum.

The sacred and the profane 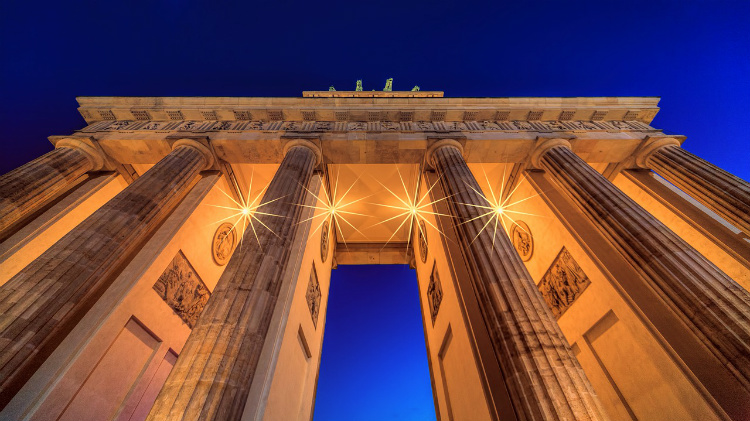 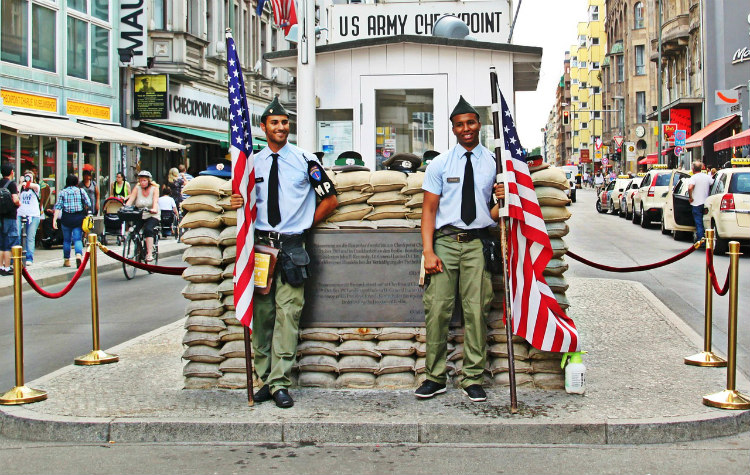 The former fishing hamlet of Warnemunde is the starting point for a variety of tours to Berlin. Here amongst the legendary visitor attractions are Check-Point Charlie, Charlottenburg Castle, the Brandenberg Gate, Olympic Stadium, Reichstag, Potsdamer Square, and Unter den Linden. Culture vultures usually head straight for the treasures of the Pergamon Museum, while consumerism struts its stuff along the Kurfustendam.

Founded in 1154, Tallinn’s Old Town has remained remarkably unchanged for the past 600 years. For a bird’s-eye view visitors should head for the Kohtu and Patkuli viewing platforms on Toompea Hill before exploring the pink baroque castle and the Alexander Nevsky Russian Orthodox Cathedral that rises above a canopy of steeple’d churches and guild houses. In the Lower Town don’t miss the 12th century Town Square and Gothic Town Hall with its distinctive minaret-like tower and famous weather vane. Those fascinated by the Soviet Era can join a tour to Lasnamäe – a district of stark Soviet-era apartment buildings – where the Hotel Viru houses the KGB Museum. 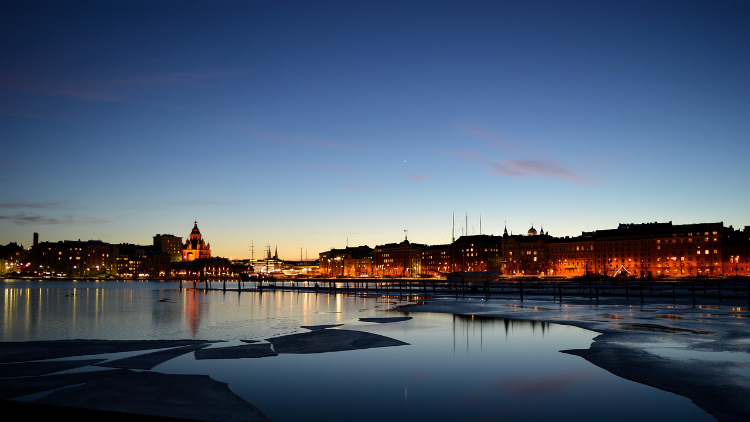 Known as the ‘Daughter of the Baltic’, modern Helsinki exudes the charms of a 19th century seaport. Named ‘World Design Capital’ for its innovative use of design in stimulating an urban environment in 2012, lovers of Scandi Modern style shouldn’t miss Alvar Aalto’s wonderful Finlandia Hall and the Design Museum. The Sibelius Monument in Sibelius Park is made up of 600 hollow steel pipes welded in a wave-like pattern to look like organ pipes. Other marvels include the Temppeliaukio Rock Church as well as the Uspenski Orthodox Cathedral whose striking onion-shaped cupolas hark back to the former Soviet influence.

The jewel in the crown 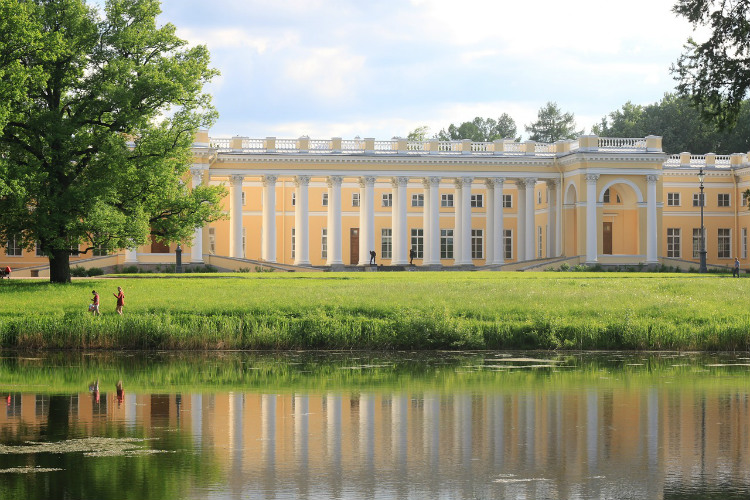 The undisputed highlight of any Baltic cruise is the glimpse into history afforded in St Petersburg – the ‘Venice of the North’. In 1703 Peter the Great built a fortress on the banks of the River Neva and by 1712 a new city had emerged. Glorious cathedrals and Baroque palaces were constructed along the city’s canals – none more impressive than the glistening cupola of St Isaac’s Cathedral whose marble walls are studded with semi-precious stones. But don’t miss the gilded spire of the Peter and Paul Cathedral and the incomparable Hermitage Museum, whose rich green and white façade is a focal point along the banks of the River Neva.

Founded by Catherine the Great in 1764, more than two million paintings and objets d’art are showcased in the Hermitage Museum. Other astonishing sights are the Yusupov Palace where Rasputin was murdered in 1916; the Church of the Spilled Blood; and the battleship Aurora, whose guns signalled the start of the Russian Revolution.

An overnight stay allows time to venture beyond the myriad delights of this fascinating city. Peter the Great’s pet project at the Imperial Estate of Peterhof was the Monplaisir Pavilion which the Tsar designed himself; the effervescent fountains are truly breath-taking, none more so than the Golden Hill Cascade. Catherine’s Palace at Pushkin, whose grandiose white, blue, and gold façade stretches 978 feet, boasts magnificent Rococo rooms which include the famous Picture Gallery and the Great Hall; while the Amber Room is almost beyond imagination’s reach.

Few visitors would argue that a cruise around these iconic cities which defined the Hanseatic League is unquestionably in a league of its own.