Cruising is sublime at any time of year, but there are certain periods during the contrasting seasons when corners of Mother Earth become particularly magical. Autumn, the season of mists and mellow fruitfulness, when nature’s fireworks display is at its most magnificent, is the main reason cruises head to New England and the Canadian Maritimes in September and October.  Leaf-peeping has become something of an obsession and nowhere is this accomplished more comfortably than on-board a cruise ship.

While all over Europe tourist crowds thin; in New England and Atlantic Canada, autumn is filching the evening light and creating a tableaux that is a magnet for cruisers eager to see nature in all its tonal subtlety. During this time many cruise lines position their ships to take advantage of this natural spectacle; offering cruises between New York, Boston and Montreal. Old hands on this route usually opt to sail from Gallic Montreal to the vibrant metropolis that is New York. 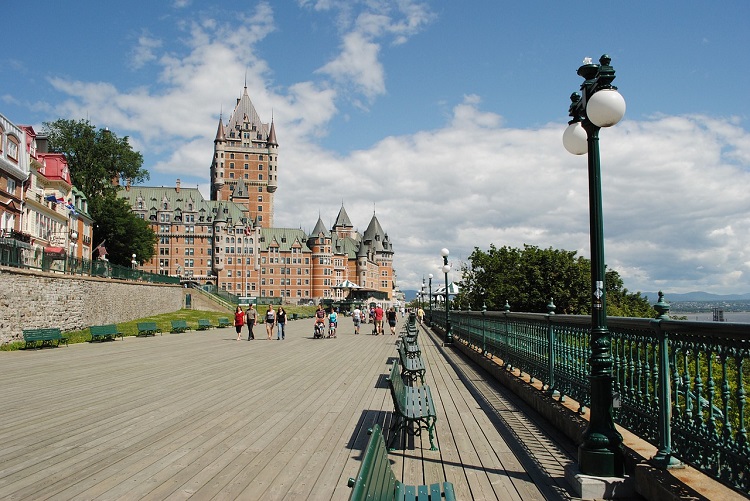 Normandy-style houses are a feature of Quebec City’s quaint Basse-Ville. Dominated by the Chateau Frontenac Hotel; the Citadel of Haute Ville conjures up images of Paris with winding cobbled streets flanked by 17th and 18th  Century houses, and omnipresent pavement cafés. Once the cruise gets underway you can spot beluga whales as they cavort in the cobalt-blue water of the Saguenay-St Lawrence National Marine Park.

A pattern of islands 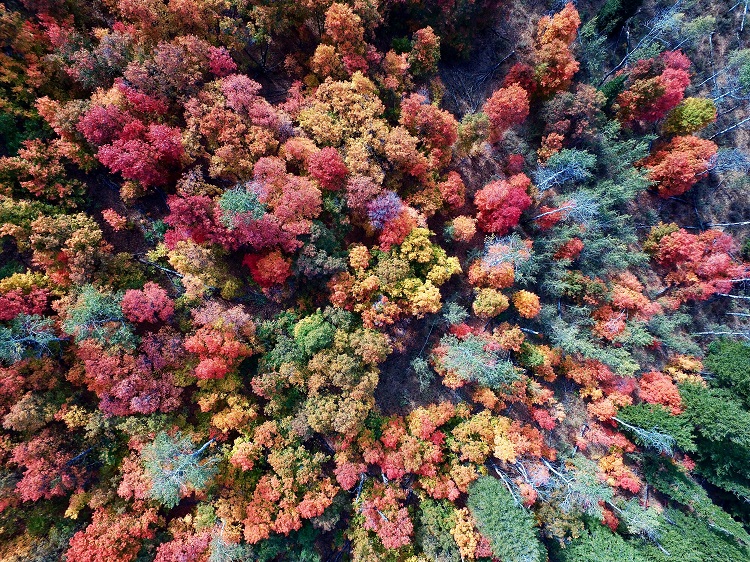 L’Anse aux Meadows and the Avalon Peninsula are where Newfoundland and North America end, and here, the impressive foliage of ‘The Fall’ is in full throttle. Maritime heritage abounds at St. John’s, Newfoundland – Canada’s easternmost province, and nowhere more so than at Cabot Tower; Signal Hill; Petty Harbour; and Cape Spear. The legacy of explorers overflows at the rugged islands of St Pierre et Miguelon, just off the Newfoundland coast. In this French settlement, lose yourself in charming boutiques and the quaint Museum.

Maritime history in the Maritime Provinces 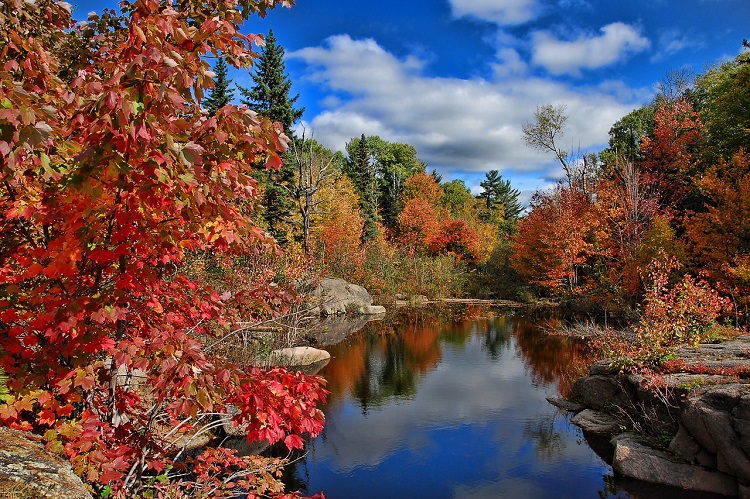 The Citadel Fortress dominates downtown Halifax, where a stroll along the waterfront or a walk in the Public Gardens – the oldest Victorian gardens in North America – is sublime. In the Maritime Museum of the Atlantic there is an evocative Titanic exhibition. In Saint John, New Brunswick the ‘Reversing Falls’ of the Saint John River and the spectacular Fundy tides – the highest in the world – make for unusual tours. The poet Henry Longfellow was born and lived in Portland and his house is now a museum; you can also walk the Historic Trail to the lighthouse. In the nearby art colony of Kennebunkport, the Seashore Trolley Museum displays more than two hundred antique streetcars.

Just 30 miles south of Cape Cod is Nantucket, where the Whaling Museum virtually re-creates a whaling voyage and gives an insight into the hardy men who wrestled their riches from the sea. Site of the America’s Cup Race from 1930 to 1983, Newport’s waterfront is a pastiche of restored 18th Century wharves, shops and restaurants. The Old Town area features cobblestone streets lined with pastel colonial homes and shops. Places of interest include the International Tennis Hall of Fame and Tennis Museum as well as the United States Naval War College.

Secreted on the scenic coast of Maine, Bar Harbour is the jumping off point for an exploration of the 35,000-acre Acadia National Park. From the summit of the 1,530-ft Cadillac Mountain there is the chance to look down on a forest tableau that resembles the contents of a spice rack: turmeric, saffron, cayenne, paprika; a myriad leaves in decadent decay.

A tea party, posh pads and the Big Apple 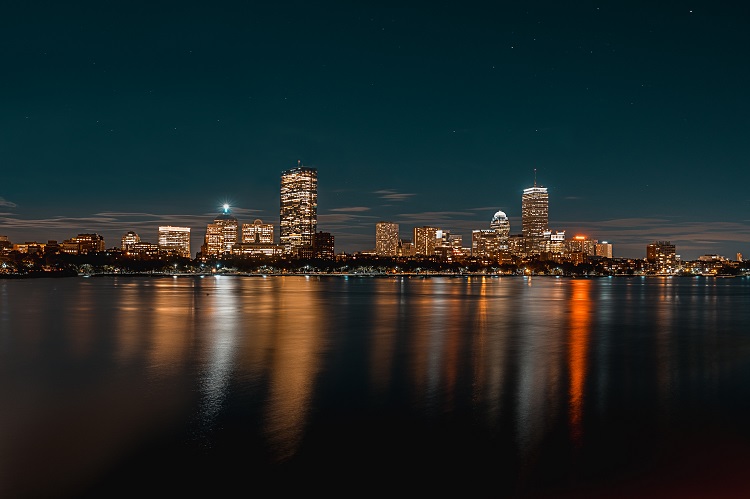 Boston, one of America’s greatest and oldest cities, was founded in 1630 along the Charles River. It was dubbed the ‘Cradle of Liberty’ for leading the American colonies in their struggle for independence. A walking tour is the best way to see the city’s main attractions.

Located on the southern tip of the largest island in Narragansett Bay, Newport gained international fame at the turn of the last century as a resort for wealthy industrialists such as the Astors and Vanderbilts – who designed The Breakers – a seventy-room mansion built in European style. Other ostentatious ‘summer cottages’ run by the Newport Preservation Trust are well worth a visit.

Amongst the myriad attractions in New York City is Ellis Island – first stop for over 12 million immigrants – as well as the Statue of Liberty. For an eagle-eye perspective of Manhattan, take the lift to the 102nd floor of the Art Deco Empire State Building.

Fall colours domino their way between Montreal and New York; while to port and starboard, myriad maple, oak and sassafras leaves offer a serene kaleidoscope of autumnal hues that seduces not with a shout, but with a wildness that speaks no louder than a whisper.