There are few subjects in the cruising world more emotive than smoking. Whether you love it or loathe it, lighting up on-board a cruise ship is a highly contentious issue. I am going to declare my position right at the start of this blog – I am a smoker and I cruise a great deal.

How times have changed 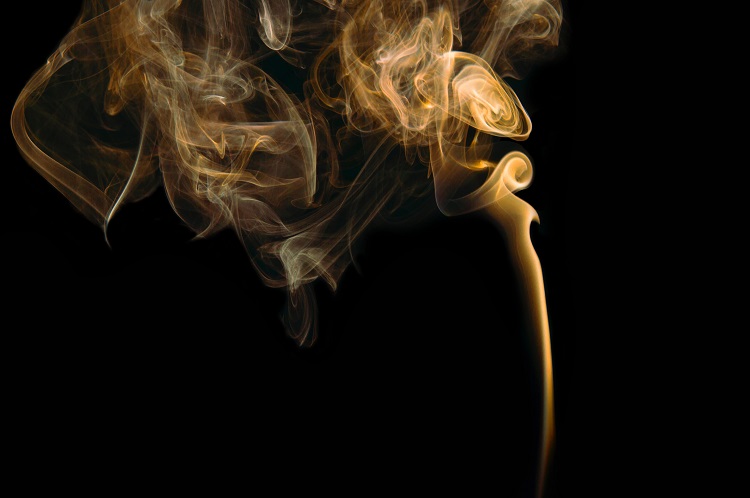 In recent years, the options to enjoy a leisurely ciggie in the company of friends in a cocktail bar, at the blackjack table or on my balcony have become increasingly limited. Less than a decade ago I could have a fag in the Queen’s Grill on-board Cunard’s QE2 – but by 2008 she was sold to a Dubai consortium and sailed off in a puff of smoke.

Obviously safety concerns are paramount and fire at sea is a doomsday scenario. Smoking on cruise ships has been a crucial issue since the 2006 fire on-board Star Princess which was started after a passenger flicked a lit cigarette over his balcony railing. It landed on the balcony below, setting light to the veranda furniture. Eventually, the fire spread and destroyed 238 cabins. A man lost his life and the ship suffered huge losses.

The recent trend has been for tighter restrictions on cruise ships, just like we have seen in pubs and restaurants on land.  In an effort not to displease smokers and to appease non-smokers, cruise lines had to rewrite their rules and most of them have now banned smoking on cruise ship balconies.

Where to smoke on your cruise ship 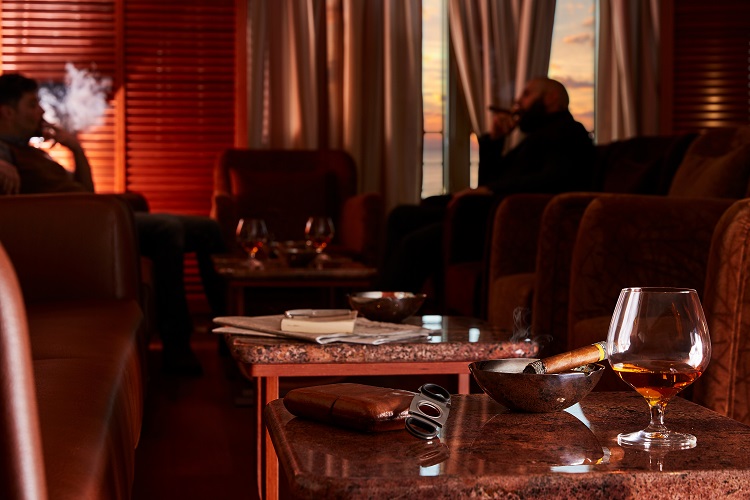 Cruise passengers can still find designated smoking areas on deck; usually located on ships’ starboard side. This is fine and dandy if the weather is warm, but I recall a Hogmanay cruise on-board P&O Cruises Ventura in the North Sea when gaggles of us were puffing away on-deck, clad in blankets.

Many ships have a ‘Connoisseur’s Lounge’ where smokers are free to light up. On a recent cruise on-board Silver Muse – the latest ship in the suave armada of luxury line, Silversea Cruises – this facility proved to be a social hub. However, I also recall being ejected by a uniformed security official on-board Cunard’s Queen Mary 2 for having the temerity to smoke a cigarette in Churchill’s cigar lounge. Obviously the jobsworth had nothing better to do that night.

On-board Fred. Olsen Cruise Lines’ ships smoking is banned inside but is permitted on designated open deck areas and on cabin balconies. While I naturally applaud this leniency, it is a touchy subject. I am sufficiently magnanimous to admit that smoke drifting into neighbouring balconies is pretty antisocial.

There are still many ships – especially those targeted at Americans – where smoking is permitted in the casino. I will never forget a cruise, brimful of revellers from the land of Uncle Sam, when the casino manager decided to adopt a no-smoking policy one night with no reason. I have it on good authority that the takings took a dive.

There are plenty of resources on the internet where you can do your homework and either enjoy a smoke-free sojourn at sea or consume a pack-a-day from the moment you sail away.