Are more people choosing all-inclusive cruises? Are they getting good value for money? And what exactly does all-inclusive mean anyway? We asked award-winning cruise journalist Gary Buchanan for his expert opinion…

Luxury cruising has morphed from its function to explore the world in consummate comfort to an entirely new canvas of on-board lifestyle. An intrinsic facet of this new calculus of cruising is the trend towards an ‘all-inclusive’ experience aboard a clutch of peerless ships.

In recent years many aspects of travel have perfected the art of disguising underlying charges, the cruise industry is no exception. Most premium cruise lines charge for everything except accommodation, dining in the main restaurants and entertainment. Once you pay for a few shore excursions arranged through the ship’s tour office, a drink or two each evening – as well as wine with dinner, maybe push the boat out and enjoy a meal in an alternative restaurant, purchase some Wi-Fi to keep in touch; not to mention gratuities that are automatically added to your on-board account, you’ll be lucky to escape from a week-long cruise without around a thousand pounds in additional charges appearing on your on-board account. 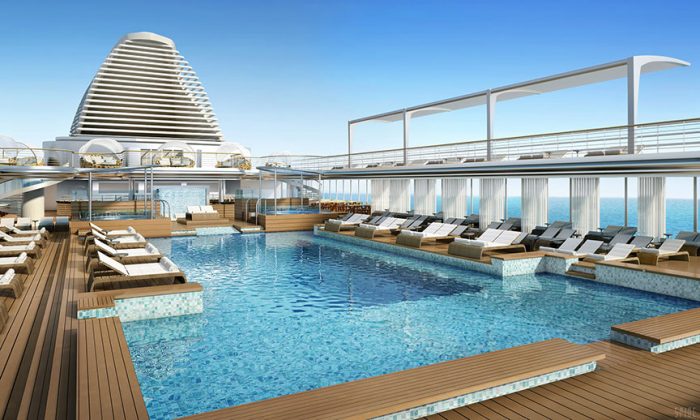 It’s easy to compare the value proposition of an all-inclusive cruise with one where you pay for extras. Indeed the pacesetter in this concept is Regent Seven Seas Cruises who proudly boast they offer ‘the most inclusive luxury experience’. They go as far as boasting that with their all-inclusive promise the difference between cruising in a suite on the luxurious Regent vessels compared to one on a big mainstream ship was marginal. To prove the point they have drawn up ‘value comparison’ charts for their 2017 cruises in Alaska; the Mediterranean; Northern Europe; South America; and Asia which can be viewed here.

When you look at the chart for a 7-night Alaska cruise with Regent compared with similar duration voyages on two premium-rated cruise ships the value-added proposition becomes clear – never more so than when the complimentary airfare with Regent is taken into account.

While the price of a cruise might appear expensive at first glance, the most all-inclusive cruising experience on the high seas has an inherent value beyond compare. So while an all-inclusive voyage on a luxury ship will almost always have a headline price that’s more expensive than ships in the premium category, the host of items included make these deals a steal. What’s more, you won’t have to keep signing bills for drinks and other annoying incidentals.

There’s a lot to commend Regent’s mantra that ‘you pay to get on one of our ships, not to get off’. Regent is a company that appreciates their passengers enjoy an all-inclusive concept of connoisseur cruising. Rarely do various elements of a cruise coalesce to create a whole that is greater than the sum of its parts, but when unlimited shore excursions in every port; fine wines and spirits; speciality restaurants; pre-paid gratuities; Wi-Fi; transfers between airport and ship; not to mention return flights (business class in penthouse suites and above), and a one-night pre-cruise luxury hotel package (concierge suites and above); are all included, the perfect cruise is no longer an oxymoron.

The all-inclusive credo is very different to the common concept of cruising and has a material value that’s beyond compare. This is an attribute that has also been finely-tuned with several other deluxe cruise companies. 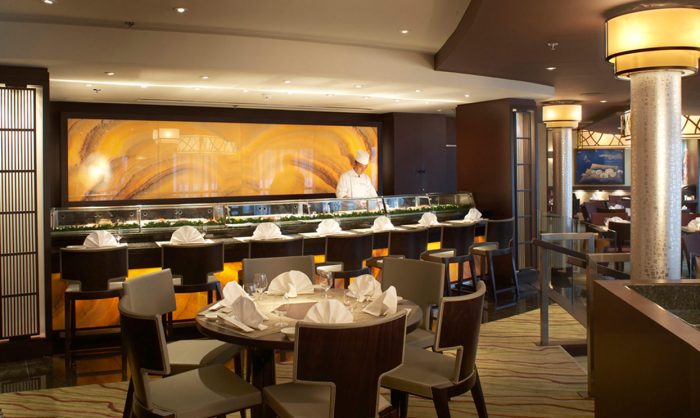 Crystal Cruises offer a wealth of all-inclusive amenities on their two award-winning ocean ships – Crystal Serenity and Crystal Symphony – which include one complimentary dining experience in both the superb Prego (for Italian culinary treats) and Silk Road (featuring a menu by Japanese chef Nobu Matsuhisa); complimentary wines and spirits (premium brands are excluded); soft drinks; shuttles into port towns; Wi-Fi; and all gratuities. On their expedition-style yacht – Crystal Esprit – complimentary offerings include all wine, spirits and soft drinks; shore excursions in each port and gratuities. On Crystal River Cruises inclusive benefits range from all alcoholic beverages; shore excursions; gratuities; and a lunch or dinner at a Michelin-starred restaurant in Vienna or Budapest during the cruise. 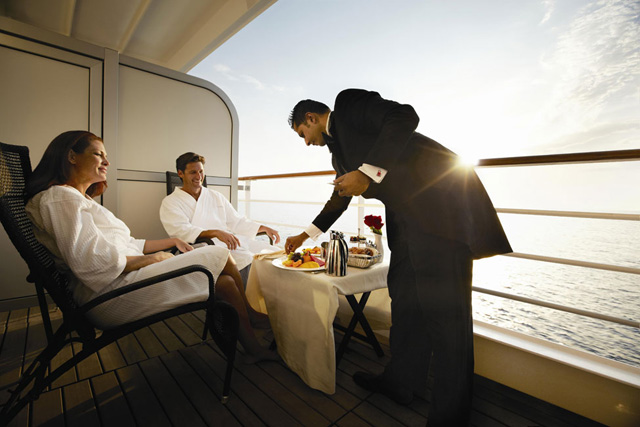 When Silversea Cruises say ‘all-inclusive – always exclusive’, they mean it. Their fleet of five seriously classy ships with eye-catching features are soon to be joined by Silver Muse. On board, passengers can indulge in complimentary beverages in each suite and throughout the ship as well as fine wines in all restaurants; gourmet dining in alternative restaurants (except Le Champagne on all ships and Seishin on Silver Spirit where a surcharge applies); transportation between ports and town; and gratuities. 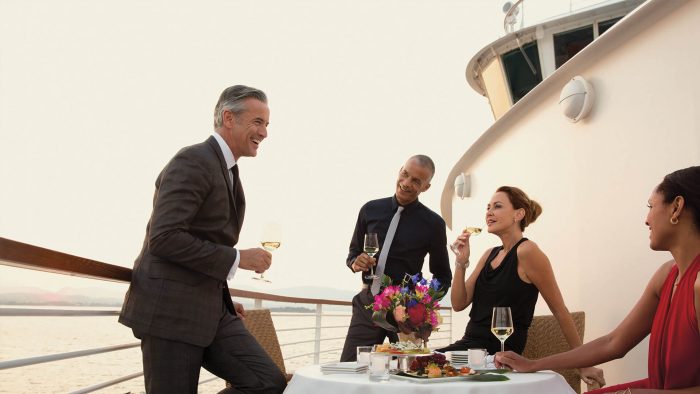 Renowned for delivering impeccable levels of service, Seabourn Cruise Line’s three vessels – soon to be joined by the much-anticipated Seabourn Encore – exude restrained luxury at sea. The all-inclusive ambience pervades all decks and includes open bars throughout the ships while fine wines are poured at lunch and dinner. Gourmet dining in such delightful venues as The Grill by Thomas Keller; complimentary welcome champagne and in-suite bar stocked with guests’ preferences; watersports; and gratuities, plus memorable ‘Caviar in the Surf’ parties in Thailand (Ko Kood) and the Caribbean.

Conspicuous luxury such as personalised service, lavish accommodation, impeccable cuisine and creative itineraries are all ingredients in the heady blend of convivial cruising – especially when all drinks and wine are included. As a rule of thumb the price of an all-inclusive cruise might be 20 percent more, but the mark-up represents at least 40 percent additional value. Nearly all ships, except those sailing out of UK ports, use the US Dollar as their onboard currency. Since the plunge in the value of Sterling following the EU Referendum all-inclusive cruises are undeniably win-win options.

Here at Six Star Cruises, we have a team of expert Cruise Concierge who can advise on what’s included in each cruise holiday, and help you plan your dream trip. To take advantage of our service, please give us a call on 0207 980 2848 today.