With Halloween just around the corner, there’s no better time to learn of some of the world’s most haunted destinations that you can visit on a cruise.

From the spookiest to the scariest, see which you can sail to on your next luxury cruise for that extra bit of eerie on your sailing. 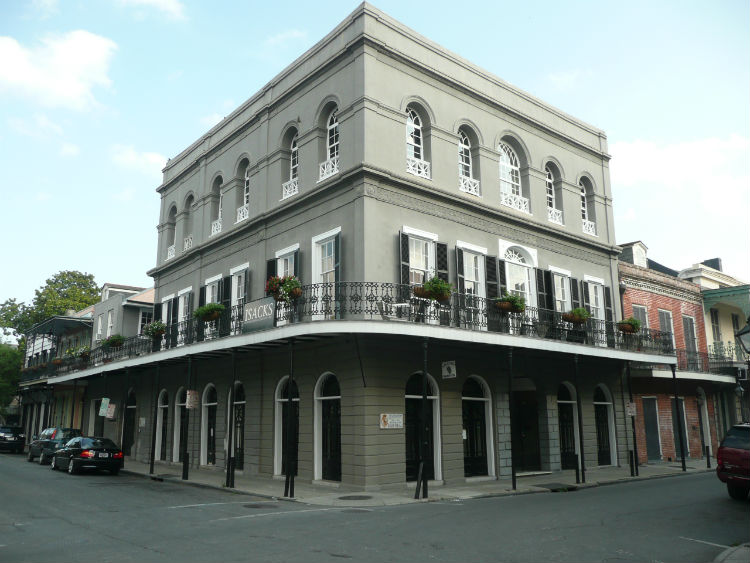 More well-known for its colourful Mardi Gras and jazz festivals, ghosts and ghouls are typically the first things which spring to mind when you think of New Orleans. However, there is a strong history of voodoo and black magic looming over the city for which it is often referred to as America’s most haunted city.

The city is said to have been inhabited by French prisoners, vampires and voodoo practitioners over the years, with one of the most haunted places said to the LaLaurie House which is said to have been plagued by ghosts. The Le Pavilion Hotel is also rumoured to be haunted with four ghosts including a 19th-century teenage girl and a couple from the ’20s!

Visit here on a cruise where you can depart from New Orleans, Louisiana to the Caribbean. 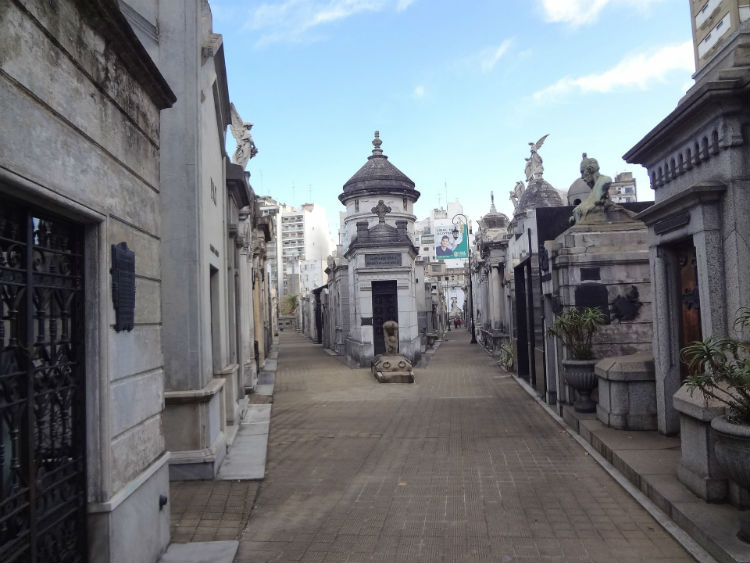 Already quite a big tourist attraction, the Recoleta Cemetery is a must-see for those interested in the supernatural. It’s said a woman who was mistakenly buried alive here now haunts the labyrinth-like site. Pick up a map at the entrance as there are 6,400 graves to wander among, each one a unique, architectural design.

Enjoy a South America cruise to Buenos Aires, visiting more of Argentina, Uruguay and Brazil as you sail. 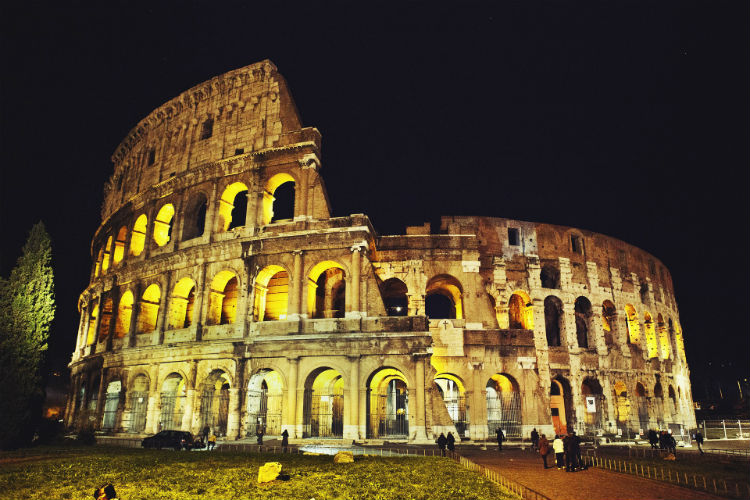 Renowned for its rich history and culture, Rome also bears plenty of scary scenarios to make it onto this list. The Colosseum itself is said to be haunted by ghosts of gladiators and guards, as well as lions and tigers!

Why not also visit the city’s catacombs, some of the oldest in the world, and explore the landmark which has sparked many legends for centuries. With real skeletons dotted along the walls, you can book a tour of this maze for you and the family to wander the walkways of this eternal city.

Explore the Mediterranean and visit Rome as part of your itinerary, or include a short hotel stay pre- or post-cruise for more time to enjoy! 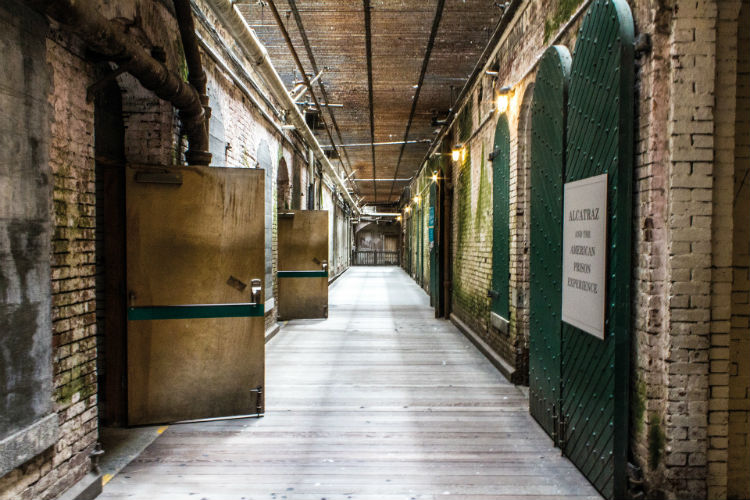 Known for housing some of the world’s most infamous criminals, Alcatraz is said to be home to several ghosts. Inmates included the notorious Al Capone and George ‘Machine Gun’ Kelly. Some of the haunted sections include Cell 14D where prisoners were often kept in isolation for up to 19 days. It’s here where visitors and employees have reported an extreme cold upon entering the cell and hearing cries from other cell blocks. Nevertheless, it’s the perfect place to explore for a slice of history.

Enjoy walking the cell corridors on a North American cruise with stops in Los Angeles, Monterey and San Francisco. 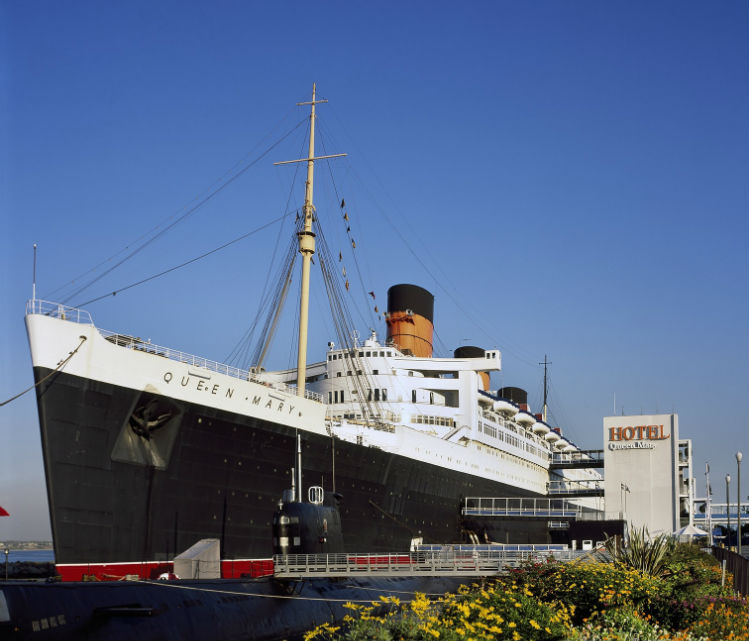 Step off your ship in Long Beach and you’ll likely spot a permanent resident docked alongside you – Cunard’s retired Queen Mary vessel. Enjoy a ghost tour of the bowels of the ship and learn of how this cruise ship-turned-hotel is reported to be haunted by the ghost’s of past passengers, crew members and military personnel who served on the ship in WWII.

You could even book a pre-cruise stay and request a haunted cabin – where you could hear whispers of ghostly ghouls or feel the presence of the dead.

On a North American sailing including Long Beach, California, you can dock right up next to this ship for a spooky visit. 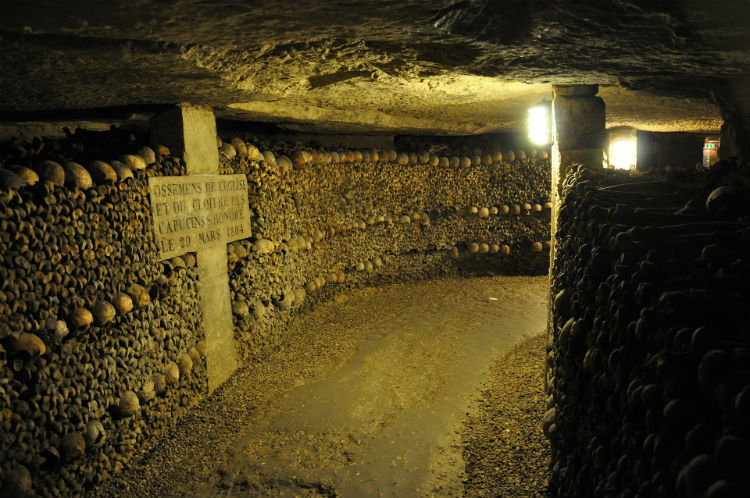 The Catacombs of Paris is one of the spookiest places to visit in the world, with hundreds of tunnels and skeletons. The name was initially given to an ancient cemetery which was used for almost ten centuries before infection threatened the locals nearby. In 1785, the cemetery was shut while the remains were transferred to quarries in the city of Paris where you can wander among them today.

Twenty metres below the ground, this labyrinth comprises the bones belonging to millions of Parisians which are arranged in a macabre display of high Romantic taste. If you fancy a visit, look out for notable figures whose remains lurk below including the writer Charles Perrault; sculptor François Girardon; and the architect Saloman de Brosse.

Explore the Catacombs on a European cruise which stops at Le Havre and take a short trip to the centre of Paris.

Have you been somewhere spooky on a cruise? Would you like to explore some of these haunting hot-spots? Let us know in the comments below!