Hong Kong is an iconic destination that has featured in many places within the media scope. From action films to page-turning novels, the city offers a dynamic heartbeat that you can’t find elsewhere.

With the Hong Kong Book Fair approaching (17th – 23rd July), here are just some of the must-read literary depictions of the city, inspired by the complex history and extraordinary place that can only be Hong Kong.

A 1977 spy novel which is the second entry in the Karla Trilogy, (the first being Tinker Tailor Soldier Spy) The Honourable Schoolboy offers insight into Hong Kong through the eyes of a UK spy from MI6. With action-packed scenes of helicopter rescues, drug smuggling and espionage, it’s a story that fills our imagination with a Hong Kong that once was.

“In the bar of the Foreign Correspondent’s Club, a score of journalists, mainly from former British colonies – Australian, Canadian, American – fooled and drank in a mood of violent idleness, a chorus without a hero. Thirteen floors below them, the old trams and double deckers were caked in the mud-brown sweat of building dust and smuts from the chimney-stacks in Kowloon. The tiny ponds outside the highrise hotels prickled with slow, subversive rain.” 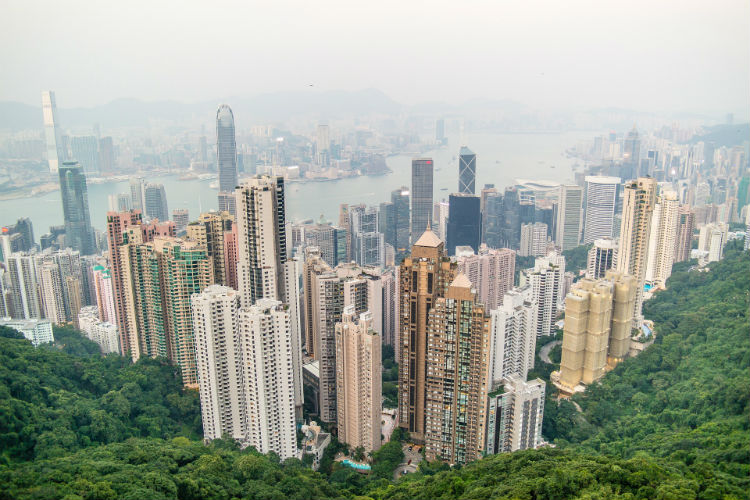 Depicted in its final days under British rule, Hong Kong is seen as the world’s most exciting city. Suspended between its colonial past and uncertain future, Morris’ Hong Kong is insightful and energetic.

“So like a fanfare, as the vapours are burnt away, a last phenomenon of China is revealed to you: a futuristic metropolis, like something from another age or another sensibility, stacked around a harbour jammed fantastically with ships – the busiest, the richest and the most truly extraordinary of all Chinese cities, identified in the new orthography as Xianggang.”

Exploring the turbulent days of the 1840s, when Hong Kong is being founded, Tai-Pan is a story of pirates, opium smugglers and master manipulators under the most powerful trading company in the Far East.

“The island was Hong Kong. Thirty square miles of mountainous stone on the north lip of the huge Pearl River in south China. A thousand yards off the mainland. Inhospitable. Infertile. Uninhabited except for a tiny fishing village on the south side. Squarely in the path of the monstrous storms that yearly exploded from the Pacific. Bordered on the east and on the west by dangerous shoals and reefs.” 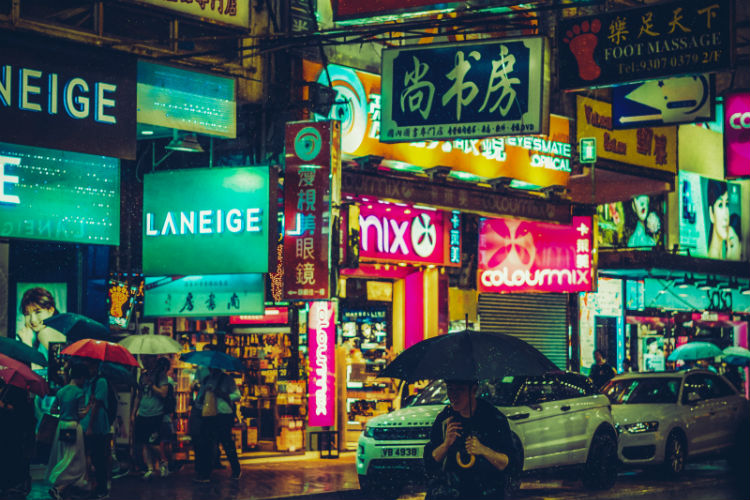 A teenage rebellion novel set in the summer of 1967, when the Maoist revolution is spreading into Hong Kong and causing unrest. Follow the story of two American sisters as they live in a foreign land during a chaotic time.

“The Chinese believe dragons lie curles asleep under these hills. Construction of new roads, the digging of foundations for apartment buildings can cut into the creatures’ flesh. The earth bleeds red ochre. Then the great beasts must be appeased, offerings made, to avoid disease, bankruptcy or sudden, unexplained death. These bare, knobby hills are a dragon’s vertebrae, spinal humps that might plunge under at any time, sucking us down with them. All Hong Kong’s islands look this way. Their forests cut down for firewood and shipbuilding. Their fertile valleys flooded at the end of the Ice Age, leaving steep mountains jutting out of the sea.” 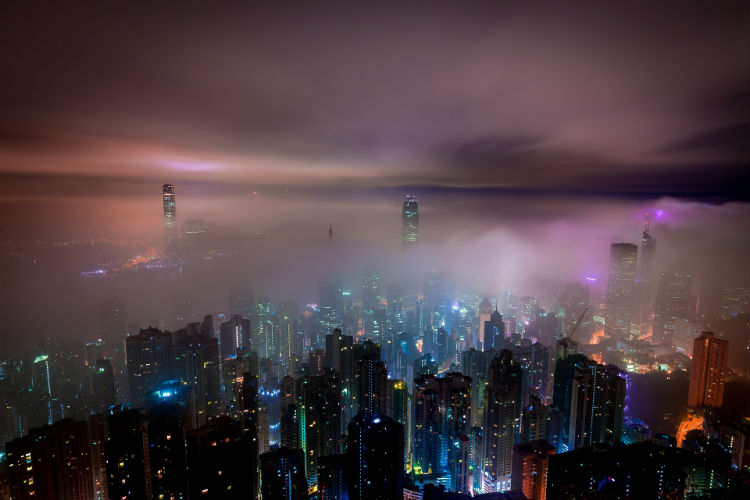 Written by international best-selling author Janice Y. K. Lee, The Piano Teacher is a love story exploring the streets and societies of Hong Kong under colonial rule in the 1940s and 50s. Follow characters such as Will Truesdale, an Englishman working as a chauffeur, and Claire Pendleton, piano teacher to the daughter of a wealthy couple.

“To her surprise, she didn’t detest Hong Kong, as her mother had told her she would – she found the streets busy and distracting, so very different from Croydon, and filled with people and shops and goods she had never seen before. She liked to sample the local bakery goods, the pineapple buns and yellow egg tarts, and sometimes wandered outside Central, where she would quickly find herself in unfamiliar surroundings, where she might be the only non-Chinese around.”

The Bourne Supremacy by Robert Ludlum

Entirely different to its probably more renowned movie series, The Bourne Supremacy is a novel shrouded in mystery and action. Set after the first book, The Bourne Identity, and during the British negotiated handover of Hong Kong to the People’s Republic of China, the story follows Jason Bourne as he returns to Asia when his wife is kidnapped.

“It was sundown, and both in Kowloon and across Victoria Harbour on the island of Hong Kong an unseen blanket was gradually lowered over the territory’s daylight chaos. The screeching Aiyas! of the street merchants were muted with the shadows, and quiet negotiations in the upper regions of the cold, majestic structures of glass and steel that marked the colony’s skyline were ending with nods and shrugs and brief smiles of silent accommodation. Night was coming, proclaimed by a blinding orange sun piercing an immense, jagged, fragmented wall of clouds in the west – sharply defined shafts of uncompromising energy about to plunge over the horizon, unwilling to left this part of the world forget the light.” 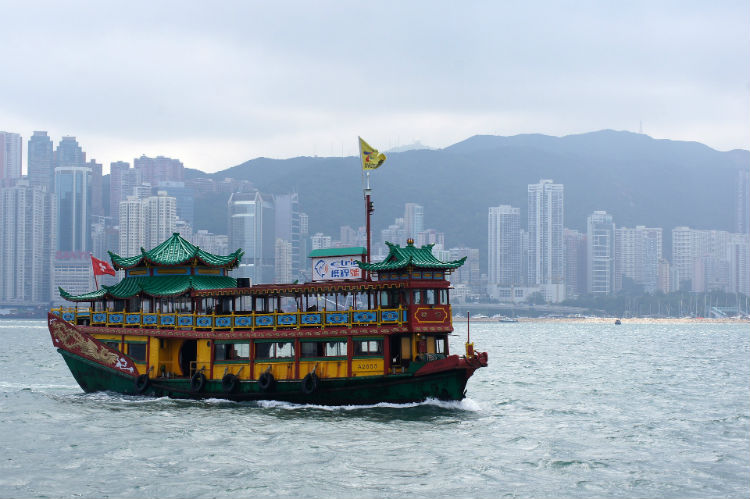 Love in a Fallen City by Eileen Chang

Considered to be one of the best writers of modern China, Eileen Chang offers a perspective of Hong Kong set in pre-second world war and wartime. The collection of short stories explore the tales of love and suffering within a fading traditional world, as well as the effects of war and western influences.

“The story starts with Ge Weilong, a very ordinary Shanghai girl, standing on the veranda of a hillside mansion and gazing vacantly at the garden. Although Weilong had lived in Hong Kong for two years now, she will still unfamiliar with this wealthy residential district in the Hong Kong hills: this was her first visit to her aunt’s house.” [Alosewood Incense] 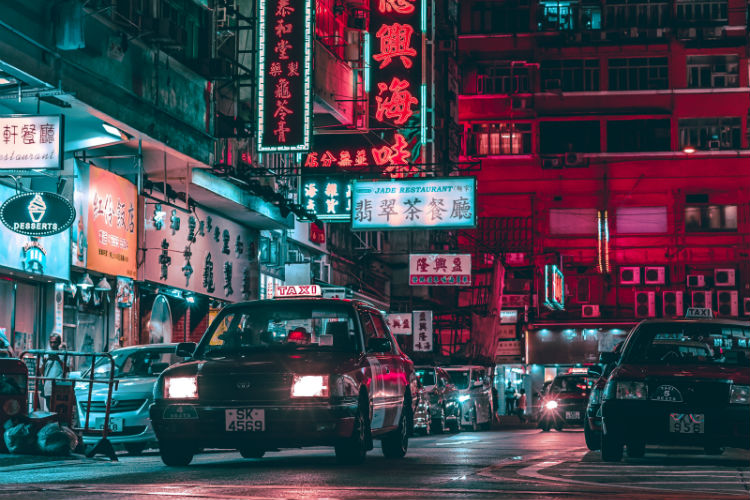 An innocent account of childhood experiences in Hong Kong told from the perspective of a seven-year-old boy. This is an autobiographical story of Booth’s own upbringing, having lived in the city in the 1950s. Tread in his past as you explore small fishing villages and settlements, as well as walled cities and devastating fires.

“True, Hong Kong was just beginning its metamorphosis into one of the financial powerhouses of Asia but it was still essentially a very Chinese city with bicycles and non-interventionist British administration. Men in pigtails may have vanished but little else had changed. Rickshaws were commonplace. Coolies carried extraordinarily heavy loads on bamboo poles over their shoulders. Conical rattan hats were widely used whilst the Hakka women wore hats with black cloth fringes like curtains hanging from the rim.”

Would you like to set sail on a cruise to Hong Kong? Have we missed a book off this list? Let us know in the comments below!