Billed as the world’s most luxurious ship, Regent Seven Seas Explorer was already making waves long before ever setting sail. It arrived on the cruise scene in July 2016 as upscale line Regent Seven Seas Cruises’ flagship, oozing grandeur and opulence at every turn.

No expense has been spared to turn this $450 million craft into the ultimate floating palatial retreat, with the type of classical (some might say old fashioned) glamour that reflects its North American roots. With a $6 million art collection that boasts original works by Picasso and Chagall, it is the ultimate embodiment of conspicuous consumption with faultless attention to detail.

Thousands of feet of marble and granite flow through the public areas and ensuite facilities; ceilings drip with hundreds of sparkling crystal chandeliers; and exquisite Murano glass sculptures cling to surfaces of all angles.

This 750-passenger ship certainly isn’t short of wow factor, with beautiful restaurants and sumptuous suites. It effortlessly holds its own in the luxury bracket, but there is a shipload of competition, so for many cruisers, whether Explorer tops the luxury stakes will simply come down to personal taste. 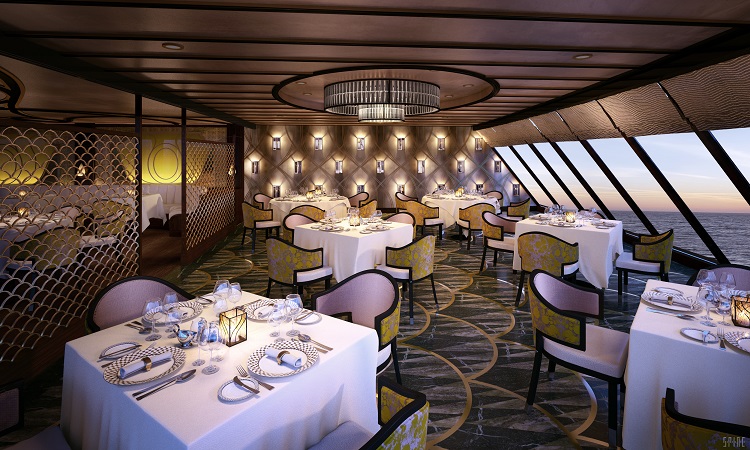 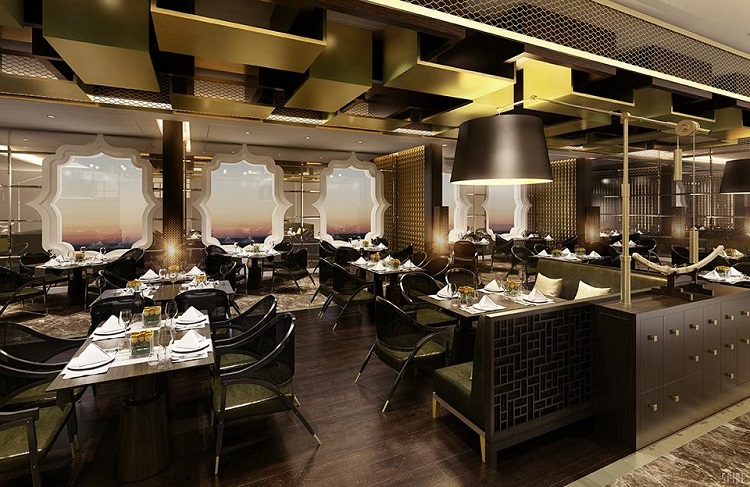 Dining on Explorer is always a glamorous occasion thanks to show-stopping surroundings accompanied by gleaming Versace china and sparkling crystal that adorns tables.

The choice of restaurants is greater and more varied than on Regent’s other ships, though the two main venues, Compass Rose and La Veranda (which turns into Italian eaterie Sette Mari in the evenings), are tried-and-tested Regent favourites that are well established on Explorer’s sister ships. The centrepiece blue chandelier in Compass Rose is a true head-turner.

But it is the speciality restaurants that serve up the inspired culinary treats. The most impressive is the Pacific Rim pan-Asian restaurant, complete with a Tibetan-style bronze prayer wheel at the entrance which weighs in at more than your average Mercedes motor, and a pile more expensive at $500,000.

Another is Chartreuse. Styled after a Parisian cafe it serves up a modern take on French cuisine and an entrance-way designed to evoke the romance of a wet cobblestone street.

Inspired by the private gentleman’s clubs of London, the Prime 7 steakhouse is more of a red-blooded masculine affair with its monochrome floor and cosy bar at the entrance, complete with Chagall and Picasso paintings on the walls. Breakfast can be taken at the Pool Grill or The Cafe (a particularly popular spot), while white-gloved afternoon tea is served in the Observation Lounge each afternoon.

Don’t miss the impressive deck barbecues, generally held once every sailing, or the chance to dine on your balcony with room service available 24/7 and dinners served course by course. 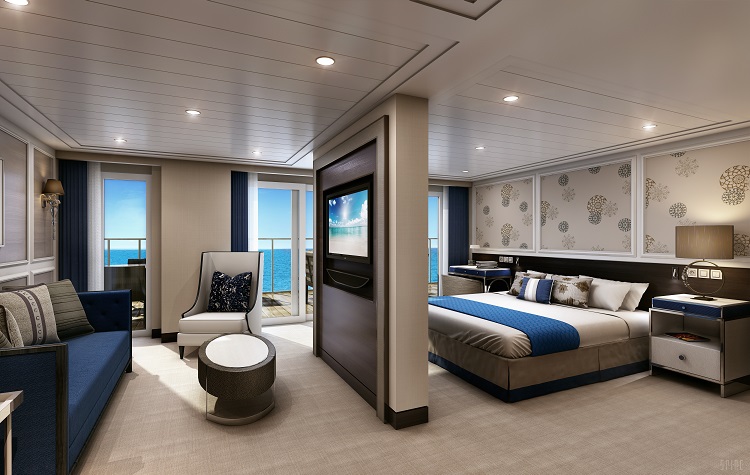 There is no slumming below decks on Regent Seven Seas Explorer. The accommodation on this all-suite, all-balcony ship is beautifully appointed and sumptuously furnished.

The navy and cream colour palette of the mid-range Concierge Suites is a lesson in conservatism, spiced up by contemporary touches with liberal splashes of leather and granite, expansive mirrors and the obligatory giant flat-screen TV. A spacious walk-in wardrobe and a stunning dove grey marble bathroom with separate shower continue the deluxe theme, along with the generous balcony.

For passengers with cash to splash there are a host of individually-styled suites, though the swankiest spot on the ship is the vast Regent Suite, built to resemble a Manhattan apartment and at nearly 4,500ft, larger than most homes. This two-bedroom retreat is beyond extravagant with a scene-stealing, cavernous gilt-encrusted bathroom that Cleopatra herself would have been proud to bathe in, complete with a built-in spa and an adjoining balcony hot tub.

There is even a $250,000 Steinway Arabesque piano and $150,000 Savoir bed (apparently the same as the one the Queen sleeps on). Oh, and there are two Picasso artworks hanging at the entrance too! 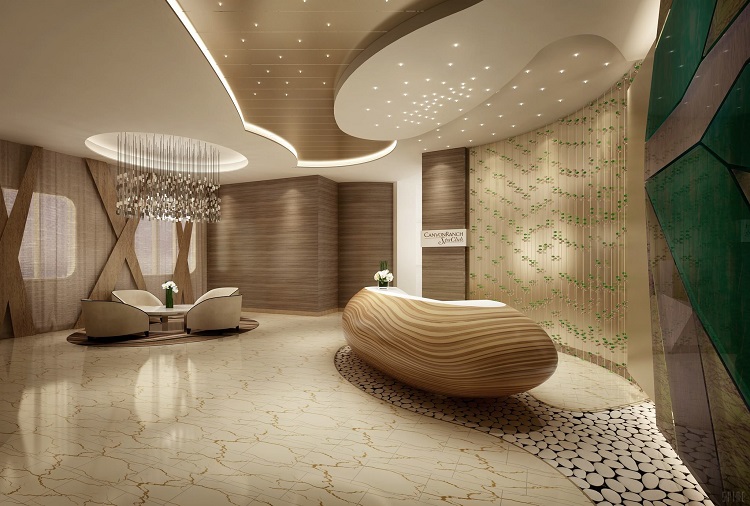 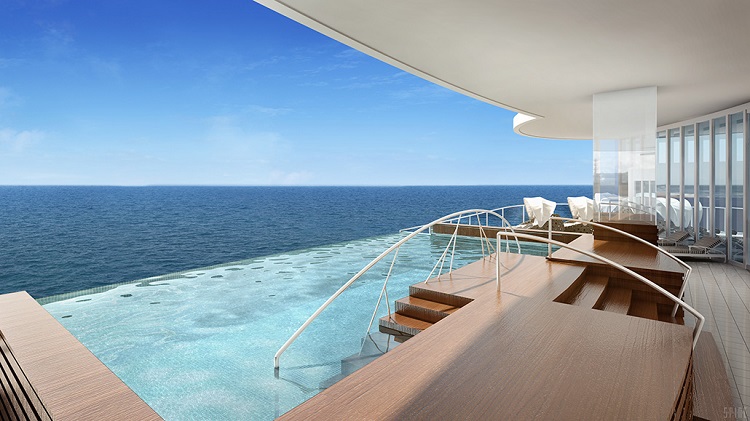 Following the success of the Culinary Arts kitchens on its other ships, where cookery classes are held, Regent has repeated the facility on Explorer. More relaxing alternatives are offered in the Canyon Ranch SpaClub, or you can simply chill out around the attractive main-deck pool or the infinity pool at the ship’s aft.

Evenings can be spent in either the Art Deco surroundings of the Constellation Theatre or the Observation Lounge where a live DJ spins sounds until the early hours.

For a smaller ship, there is a good choice of watering holes with the Explorer Lounge showcasing live music acts and the Meridian Lounge also staging musical performances. 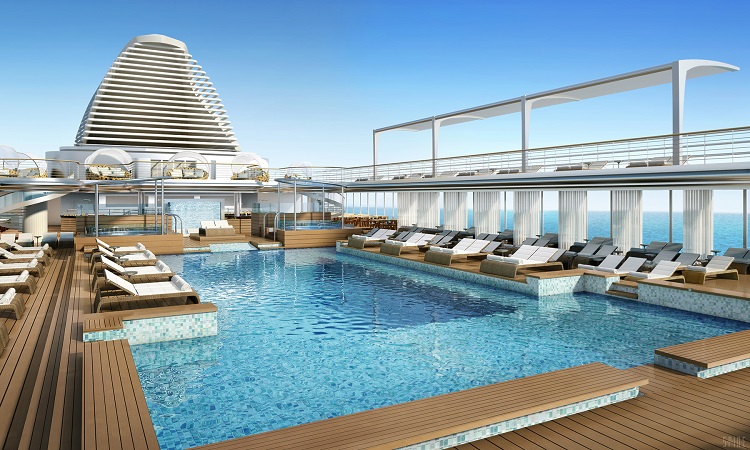 Smokers looking for a place to puff don’t just have the Connoisseur Club cigar bar to use, but a novel glass room on-deck that not only gives smokers shelter, but prevents the smoke drifting onto the pool deck.

Call our Cruise Concierge team on 0808 202 6105 for award-winning customer service and advice with your booking and any questions you may have.