Founded by the warrior-bishop Absalon in 1167, Copenhagen is a city of bridge-spanned canals, copper-roofed buildings and manicured parks that many ships visit on Baltic cruise routes. You’ll find so much to do in this delightful city. 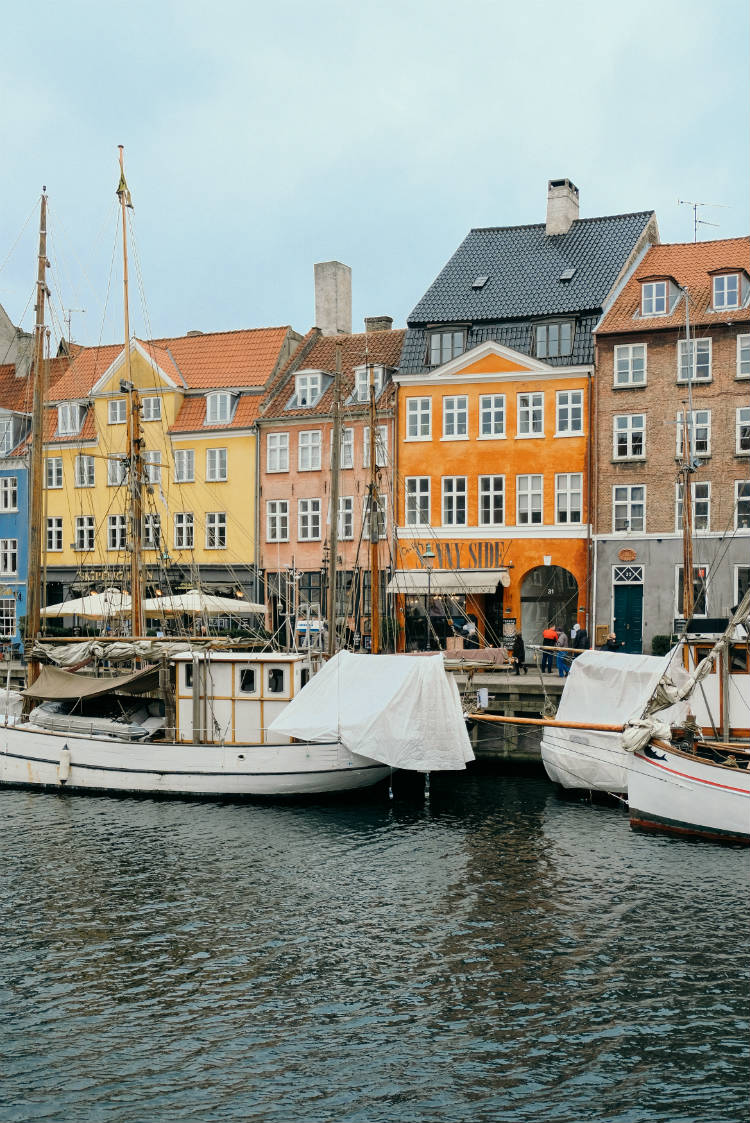 The maritime heritage of this former Hanseatic port is omnipresent. Indeed the city’s name means ‘Merchants’ Harbour’. In the 1630s, when King Christian IV decided to look after the workers in the royal shipyard, he built a complete small town of row houses, all painted yellow, on the island of Amagar. Another part of town overflowing with a nautical flavour is Nyhavn. Historic, sympathetically-restored, gabled townhouses houses look out onto a tableau of sailing ships moored along the canal wharf. Here you can order a smörgåsbord washed down with a Tuborg and revel in Baltic life. 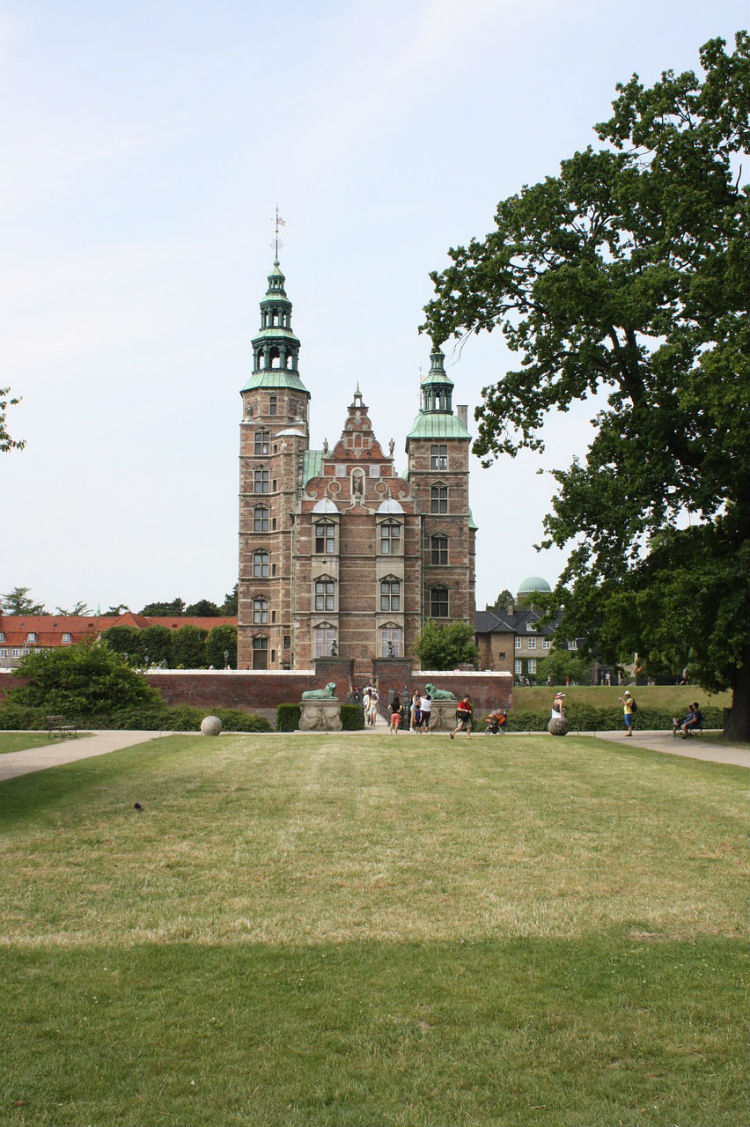 Tradition is very much to the fore in this diverse city, home to the oldest monarchy in the world. Surrounding an imposing octagonal cobbled square, Amalienborg Palace comprises four identical buildings. Centrepiece of this Rococo enclave is the vast equestrian statue of King Frederik V dressed as a Roman emperor. Now the winter home of the Danish Royal Family, the pageantry of the changing of the Royal Guard takes place every day at noon.

Christiansborg Palace dates from the early years of last century and is the sixth castle or palace on the site; it is now the home of the Danish Parliament. There are also three museums housed within the palace: the Royal Reception Chambers, Royal Arsenal Museum, and Theaterhistorik Museum.

Rosenborg Castle, originally built between 1606 and 1624 by King Christian IV, is a tiny hunting castle in Dutch Renaissance style. It expanded continuously and to this day conforms to Copenhagen’s idiom of russet-red masonry topped by tower upon tower, spire upon spire. Its collection of priceless crown jewels is not to be missed.

Read more about the ports you can explore on Baltic cruises 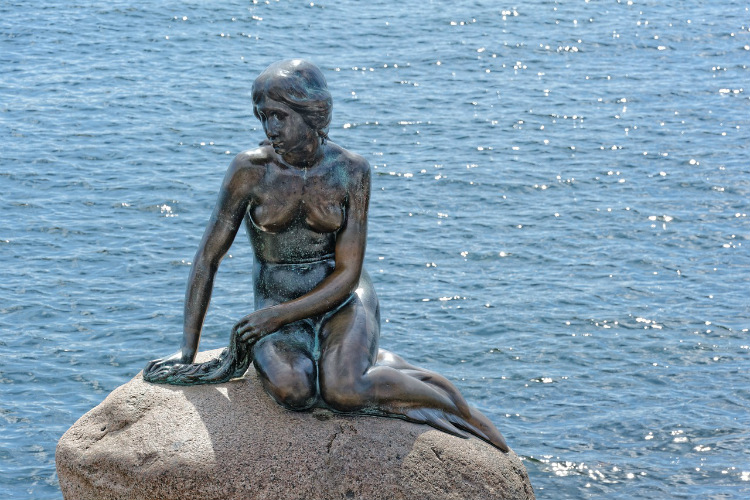 Symbol of the city since 1913, the bronze Little Mermaid – inspired by Hans Christian Andersen’s fairy tale – reclines on her lonely boulder in Churchill Park, wistfully staring out to sea in her chaste nudity.

Window shopping in Stroget is a must. This collection of five pedestrian-only streets is home to some of Scandinavia’s finest shops such as Illum Bolighus department store which is an elegant temple to modern Danish design, while Royal Copenhagen specialises in porcelain, glass, crystal and silver. 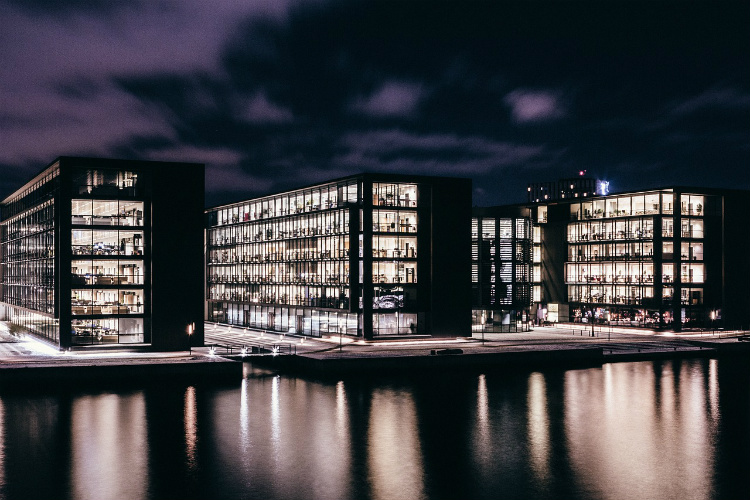 The Danes’ genius for design is inextricably linked to every facet of Copenhagen’s psyche. The ultimate style magazine, Wallpaper, recently named the city one of the world’s ten coolest destinations. Indeed, with its new museums such as the Danish Design Centre housing exhibitions of works by the ‘golden boys’ of the 1960s, including Arne Jacobsen; slick works of architecture encapsulated in the waterfront Black Diamond extension to the Royal Library; minimalist bars and hip restaurants; Denmark’s capital looks as if it has stepped straight off the catwalk of cool.

For a superb view of the old part of Copenhagen during your Baltic cruise, head to the Rundetårn – the oldest functioning observatory in Europe. Here you can walk the spiralled reverse-style helter-skelter walkway to the top – there are no steps, just a constant and gentle incline until you reach the summit.

Culture vultures will love Ny Carlsberg Glyptotek. This museum and art gallery in an impressive Victorian glasshouse was built by the beer magnate. There is a large collection of Roman, Greek and Etruscan classical statuary as well as masterpieces by Gauguin, Monet and Van Gogh.