Each country has a dish that is a culinary nod to the history and culture of the region. Foods such as French fries, bratwurst and paella are traditional dishes that always grace menus, but here are a few more unusual dishes best tried in the countries they were created. 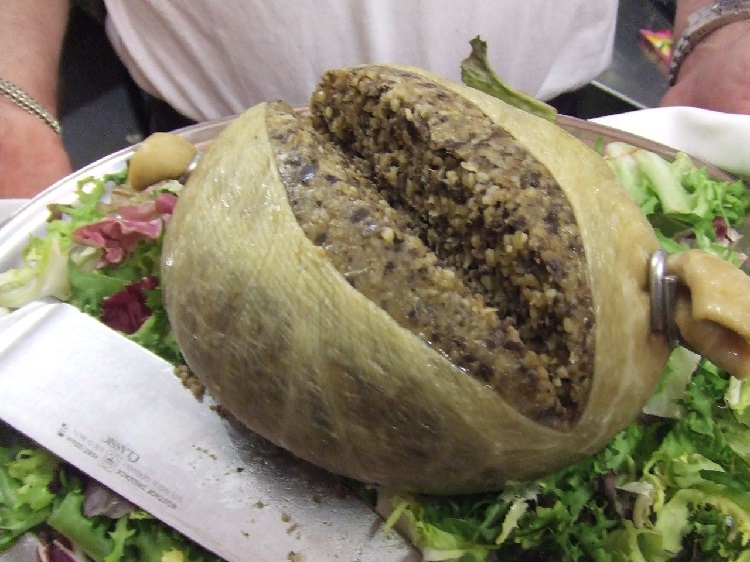 The national dish of Scotland and widely celebrated on Burns Night (25th January), haggis is a curious culinary dish that has been enjoyed for centuries.

Traditionally, hunters would mix offal with cereal before cooking it in a sheep’s stomach. Nowadays, however, the dish is made from lamb or beef mince alongside oats, onions and spices. The sheep stomach has also been replaced by a synthetic sausage casing and the dish is so popular that even vegetarian options are available. 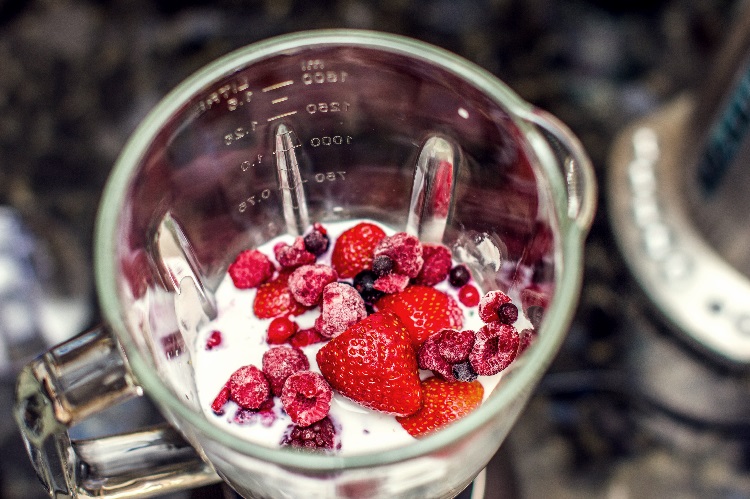 Deep in cold, remote villages with no running water or electricity, Alaska’s answer to ice cream can be found. Akutaq (Eskimo ice cream is a mixture of fat from Arctic animals such as the elk, polar bear, reindeer or seal, as well as meats and several types of berries. The dish was traditionally created by the native Yupik people, who ate the dish before long hunting expeditions and sometimes taking the akutaq with them as a snack. 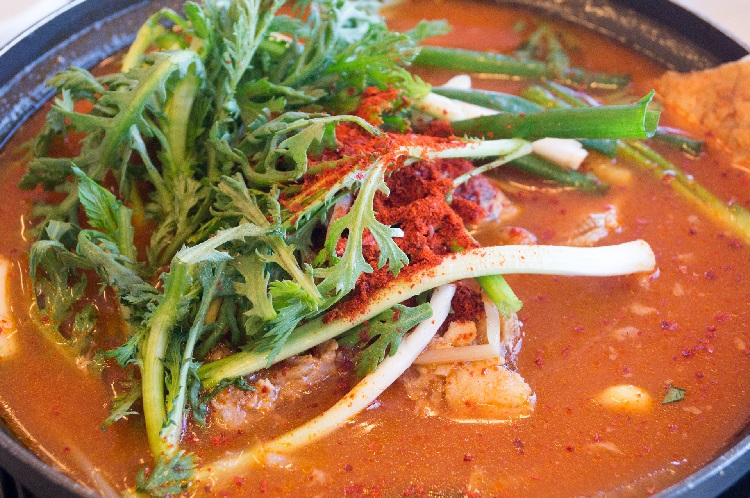 Barbados is famed for being the ‘land of the flying fish’, and its national dish serves this name well. Cou cou and flying fish is a popular dish with locals, with the fish featured in coins, artwork and part of the official logo of the Barbados Tourism Authority. The dish is made by steaming the fish with tomatoes, herbs, onions and lime before serving this over a mound of cou cou – corn meal, okra, water and butter. As flying fish can be hard to come by elsewhere, a good substitute is tilapia. 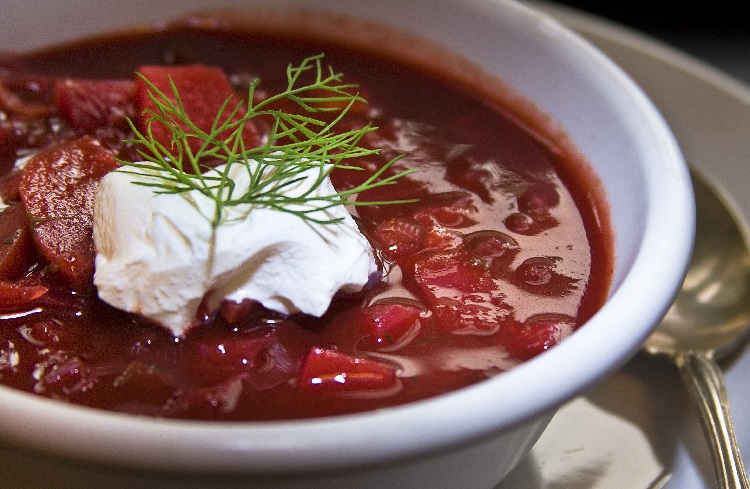 This soup is a trademark culinary tradition in Ukraine, with the classic formula of beetroot, cabbage, potato, carrot, garlic, rib of pork and mature bacon. Across certain regions of Russia, people make a special sauce which is used as the base and add a spoonful of sour cream and chopped fresh greens just before serving. This is a hearty and nutritious dish that is perfect as a winter warmer, but can also be eaten cold during summer. 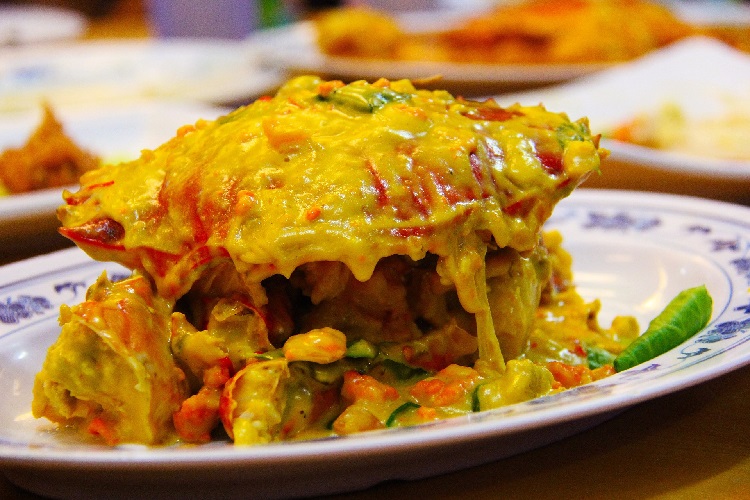 Promoted by the Singapore Tourism Board, chilli crab is one of the national dishes of this area and can be found in seafood restaurants across the island. The crab is sweet, spicy and usually eaten with your hands, so most restaurants will provide wet towels or washing bowls, and bread is served on the side to mop up the sauce. This dish initially started from a pushcart in 1956 until it became so popular that the cart turned into a restaurant, growing to become a Singapore favourite. 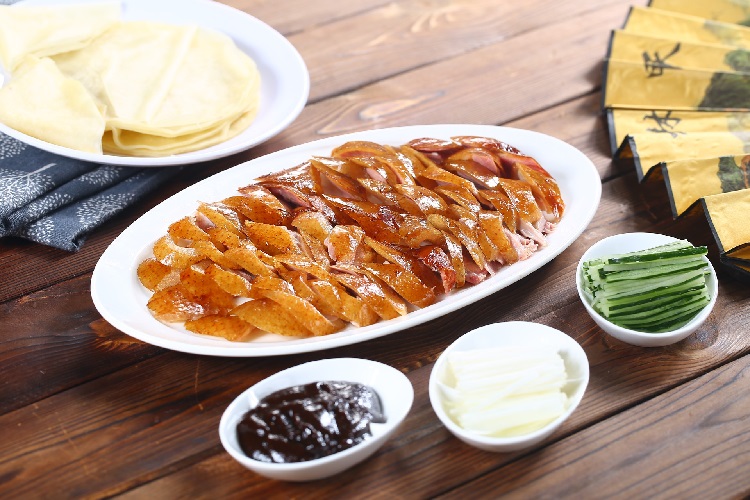 Consisting of thin, tender pieces of duck meat wrapped in a crepe, Peking duck is an iconic Beijing dish which has been eaten for centuries. Peking duck goes back to the Southern and Northern dynasties, and is named after Beijing’s former name, Peking. Since then, the dish has spread across the regions and has luxurious connotations due to its meticulous preparation, involving being hung to dry and glazed with a layer of maltose syrup. Served with spring onions, cucumbers and hoisin sauce, it is a tasty dish to wrap up in a soft crepe.

With such a vast range of foods and flavours, there is a plate for all to enjoy across the globe. Have you tried any of these dishes while cruising? Let us know in the comment box below!