In 20 years of cruising, I’ve been lucky enough to swim with wild sea lions, stroke the back of a grey whale and stand on Cape Horn. I’ve huddled round a beach bonfire in the Mexican desert, sipping hot chocolate laced with rum, kayaked through mangroves in steamy Costa Rica and shivered on deck in Iceland’s midnight sun, completely alone, marvelling at a waterfall cascading into a remote fjord.

All these adventures have been made possible by small ships. Small ships can take you to places big ships simply can’t go. There are no crowds, no queueing, no rigid dress codes, no noise. On expedition cruises, you’re completely immersed in nature. In more familiar waters, like the Mediterranean, you can slip unobtrusively into port and blend in with the locals. In fact, it’s only a matter of time before you’re treating the vessel like your own private yacht, especially when you’re docked in chic little harbours like Hvar in Croatia, or Bonifacio in Corsica. 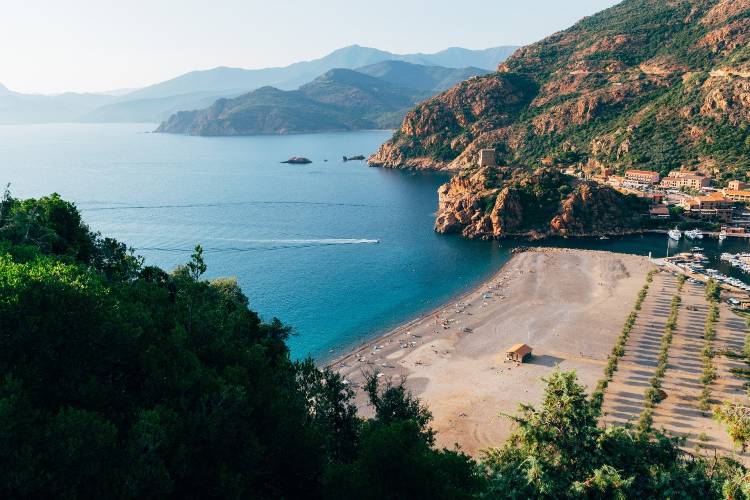 I’m completely hooked on small ship cruising and I’m clearly in good company; more more small, luxurious ships will launch over the next two years than ever before, all of them packed with exciting features.

Hapag Lloyd’s smart new 230-passenger Inspiration set sail with a glass balcony on one of the upper decks on which you’ll feel as though you’re floating over the Antarctic ice. The 200-passenger Crystal Endeavor has butler service, six places to eat and a cigar lounge, as well as two helicopters and a submarine. 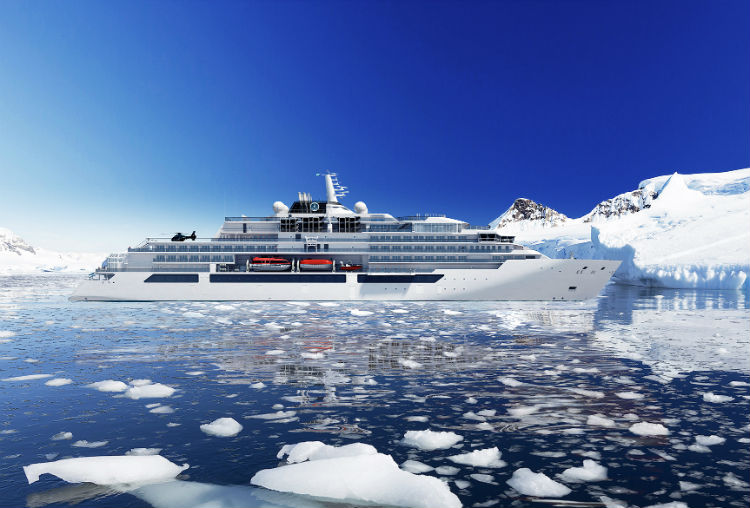 Seabourn Venture follows, launching in 2021, carrying up to 264 passengers with an expedition team of 26. Scenic, meanwhile, has just launched its long-awaited ‘discovery yacht’, Scenic Eclipse, all-inclusive, all-balcony, two sleek black helicopters gleaming on the upper deck as the ship makes its way to Antarctica for the winter. 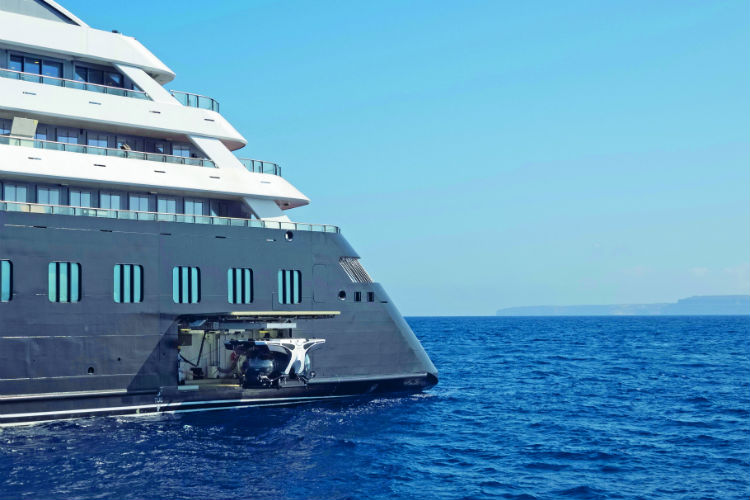 Mention ‘expedition’ and the poles immediately spring to mind, but there’s plenty to discover in the tropics, too. New ships are bringing more luxury than ever to warm-water cruising. Celebrity Cruises’ new Galapagos vessel, Celebrity Flora wows passengers with her gorgeous interiors and eco-credentials. Silversea’s new Silver Origin, promising to be just as lavish. 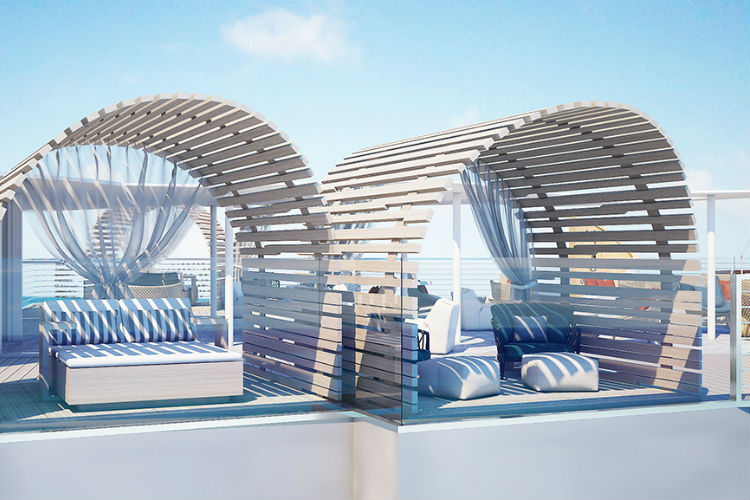 Small ships are all about adventure, and exclusivity. You’ll visit off-the-beaten-track ports, even in waters as well-cruised as the Caribbean; sleepy hideaways like Bequia, Iles des Saintes and Jost Van Dyke. Expedition voyages take you further afield but there’s no hardship; you don’t even need to be especially fit to join an expedition. An open mind, a willingness to learn and a love of nature are more important. Some first timers are nervous about clambering on and off the Zodiac inflatables used to ferry passengers ashore. This is all part of the fun, though, and necessary, as there are no jetties in the most remote corners of the world. Expedition crew take safety extremely seriously and modern ships have launching platforms, so getting in the Zodiac is easy. You do have to brace yourself for the occasional ‘wet’ landing, when you have to step off the Zodiac into the water – but there’s always help at hand. 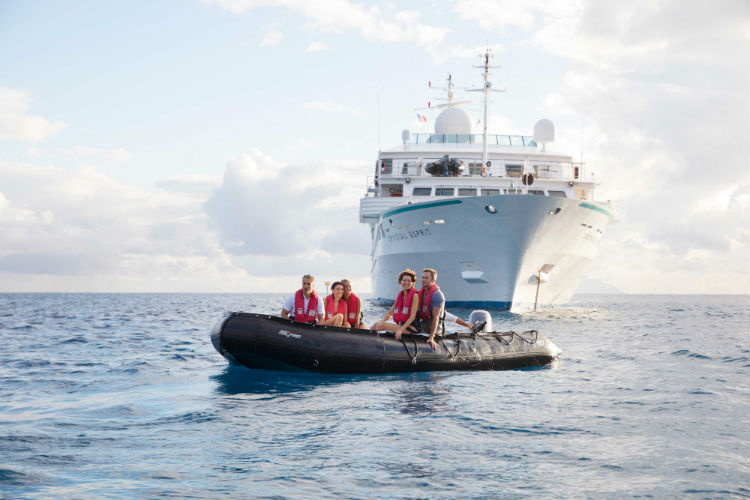 I love the sense that anything could happen on a small ship. Although the itinerary will have been meticulously planned, there’s an element of flexibility. You might change course slightly if other ships have reported polar bear sightings around Spitsbergen, for example, or be summoned onto the foredeck by the expedition crew in the middle of dinner to watch a pod of dolphins. On a recent voyage along the coast of Panama, our captain dropped anchor off Isla del Rey in the Pearl Islands and the waiters set up an impromptu bar on an exquisite sweep of palm-fringed beach for sundowners. In the Galapagos, dinner was moved onto the top deck on a particularly beautiful evening for a barbecue with a backdrop of a scarlet sunset. 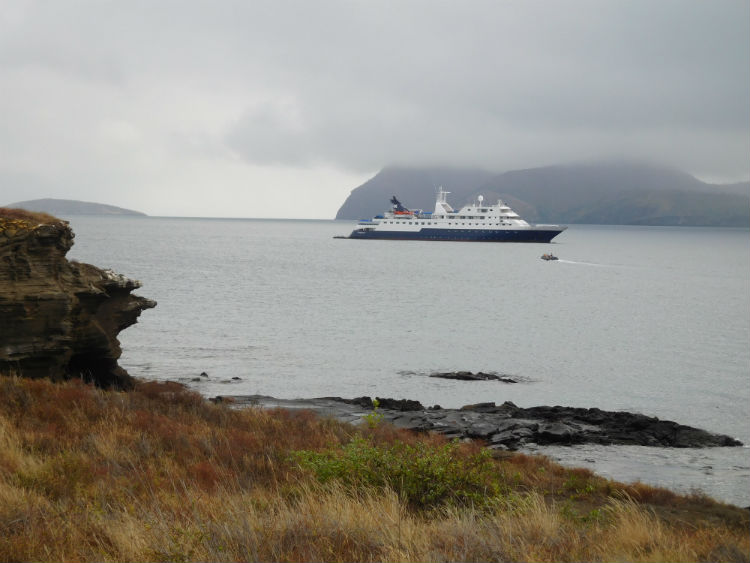 Small ships are all about people, too. The service, even more so at the top end, is more personal as you have more time to interact with the crew. This means they can pre-empt your every need. A bit too much, in some cases; I remember staggering up the gangway on one of Celebrity’s tiny ships in the Galapagos, euphoric but sunburned, salty and thirsty after a very long snorkel safari. The wonderful hotel manager was waiting for me with a silver tray. “Martini?” he offered.

It’s not just the crew; on a small ship, you quickly get to know your shipmates. Some people prefer the anonymity of a bigger vessel but generally, on a small ship, you’re with like-minded souls, sharing life-changing experiences every day, which gives the ship a real buzz in the evening. I’m not ashamed to say some new friends and I shed copious tears as we left the Galapagos. It’s this sense of camaraderie, as well as the amazing experiences, that make a small ship voyage so special.