A cruise offers a number of opportunities to enjoy some of the best stargazing moments as you’re often far away from artificial light.

Some cruise lines even offer specialist sailings dedicated to astronomy and constellations, meaning they can be a great way to learn more about space and the night sky.

Some destinations are perfect for stargazing, all depending on when you cruise there and where you dock. Below are some of the best regions to enjoy stargazing while sailing.

Gaze up at the three brightest stars – Sirius, Canopus and Alpha – while you sail beneath the southern skies of Australia. Along with stunning views of the Large and Small Magellanic Clouds, which include galaxies you can’t see from the northern hemisphere. 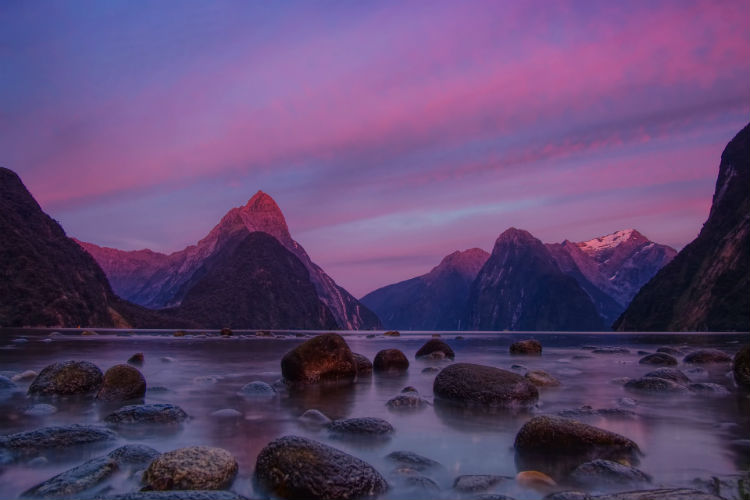 New Zealand offers opportunities to witness the Milky Way, as the region is also home to the largest dark sky observatory in the world. The months between February and November are typically the best to explore New Zealand, when the nights are longer. Here is also home to the International Dark Sky Reserve at Milford Sound, a 1,600 square mile fjord, situated in the South Island.

Best-known for its iconic Northern Lights, the Arctic offers some of the most phenomenal night skies in the world. Winter is the perfect time to visit, with the icy temperatures and seemingly endless nights creating perfect conditions to witness constellations. 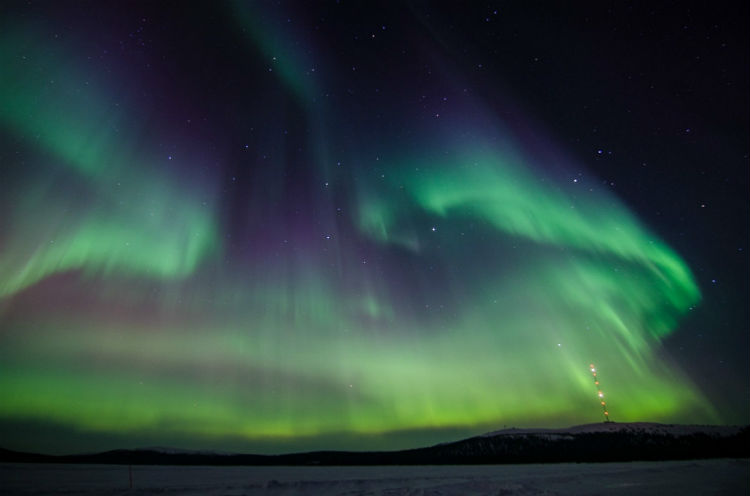 However, the Arctic is great to visit all year-round as it offers plenty to see during your time cruising here. Early spring is best for viewing the seasonal constellations from the Arctic Circle including Cancer, while autumn is better for Pegasus and Andromeda.

Hurtigruten offers an Astronomy Voyage to the Arctic, including a visit to the Northern Lights Planetarium in Tromsø.

Possibly the most remote region you can visit on a cruise, the Atlantic is miles away from any artificial light making it ideal for stargazing. During transatlantic crossings, if you’re keen to view some stars we advise staying away from lights; consider the wind direction; and keep forward of the bridge for the best viewing opportunities. 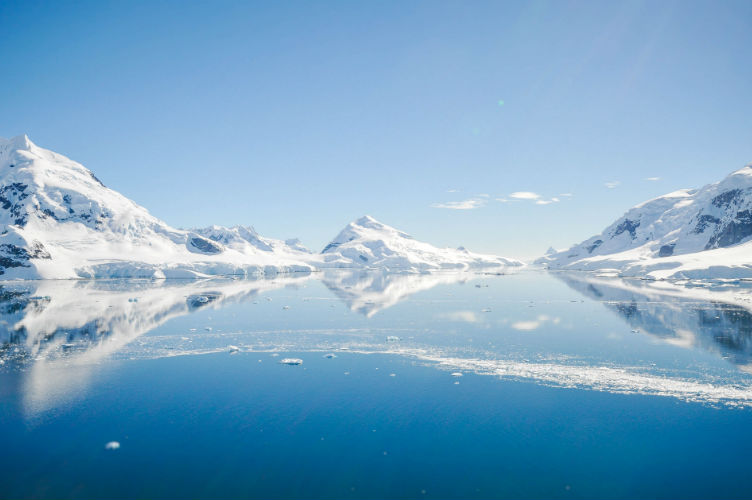 Antarctica’s calm air is the perfect opportunity for astronomy, with researchers advising that the air is so still here that the light from distant stars is the least disrupted than anywhere else on the planet.

It is also one of the least cloudiest places on Earth, as well as the furthest from light, heat and smog commonly found in urban spaces. Sailings here often spend a few days in the region, providing ample opportunity to witness all you can while visiting. You will also visit other remote locations such as the Falkland Islands in the Scotia Sea.

Namibia is home to Africa’s First International Dark Space Sky Reserve, as well as being one of the world’s most sparsely populated countries meaning minimal light pollution. From here, the Milky Way and Magellanic Clouds are truly spectacular. 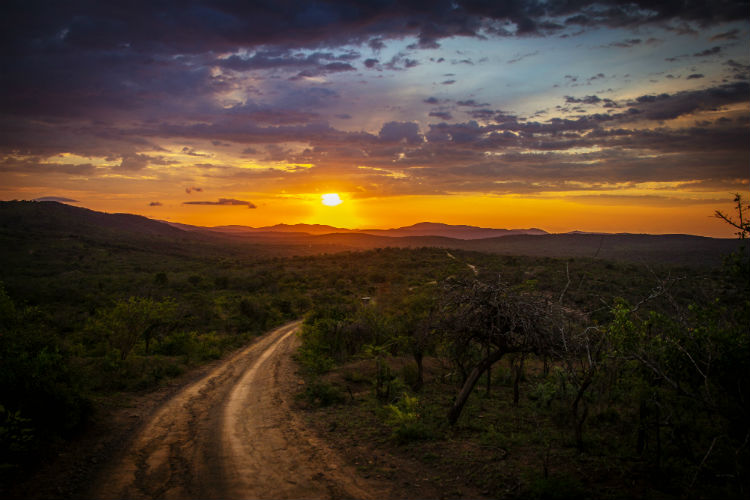 Regent Seven Seas offer a cruise visiting Cape Town and including a stop-off in Namibia where you can view these night skies for yourself.

An unlikely addition the best places for stargazing, the Canary Islands are home to three official Starlight Reserves. These reserves ensure that the clarity of the night sky remains protected by laws relating to light, radio waves and atmospheric pollution, as well as flight patterns. 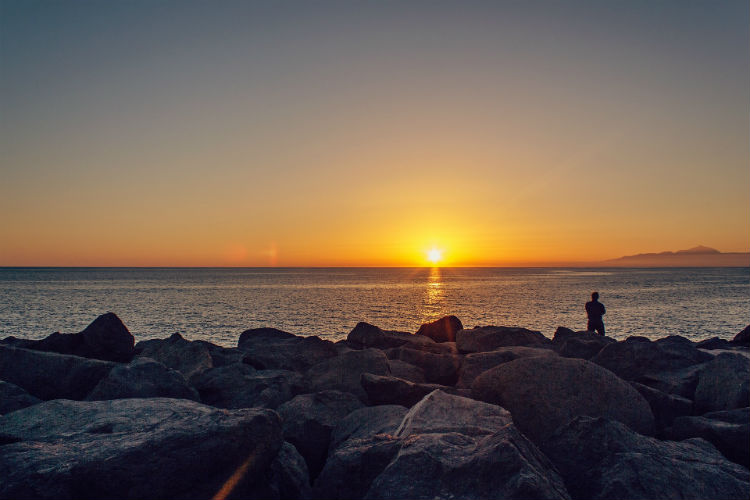 The winds and the temperature inversion which they generate mean that clouds cannot form the same, leaving clear night skies for you to enjoy.

Royal Caribbean’s Canaries Adventure includes two-nights sailing from Cádiz to the Canary Islands, including a stop-off at Tenerife’s Teide National Park which is a designated Starlight destination.

Top tips for stargazing while cruising 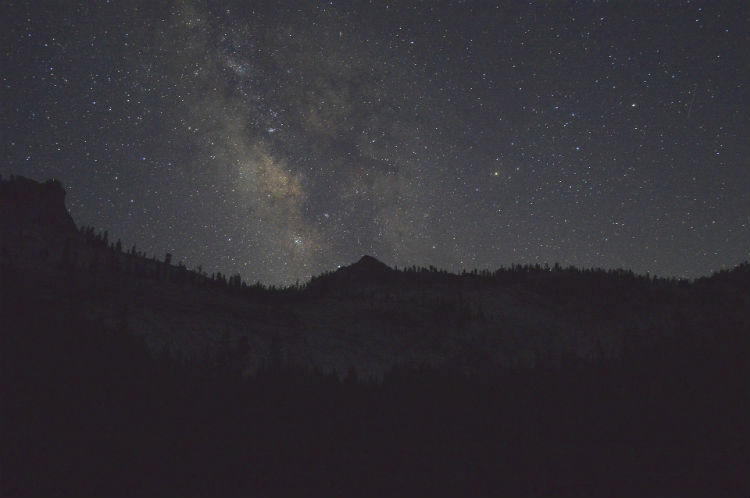 Book your sailing for the ultimate stargazing experience

There are plenty of cruises available to these destinations at SixStarCruises.co.uk, ranging from those to the coasts of Africa or to the endless night skies of the Arctic.

Browse them all by clicking the button below and finding your perfect sailing for you to spot your favourite constellations.

For more information or if you would like to make a booking, call our Cruise Concierge team on 0808 202 6105 for expert advice on cruises and award-winning customer service.

Have you spotted the Milky Way on a cruise before? Where would you love to sail for the best views of the night sky? Let us know in the comments below!