Carnival is a worldwide celebration rich in magical music and contagious rhythms. Each country rejoices in the spirit of this festival fiesta in their own way, from the masked parades of Mardi Gras to the feathers and headdresses of Rio’s famed carnival. Read on to discover how you can celebrate carnival season no matter where you are travelling to. 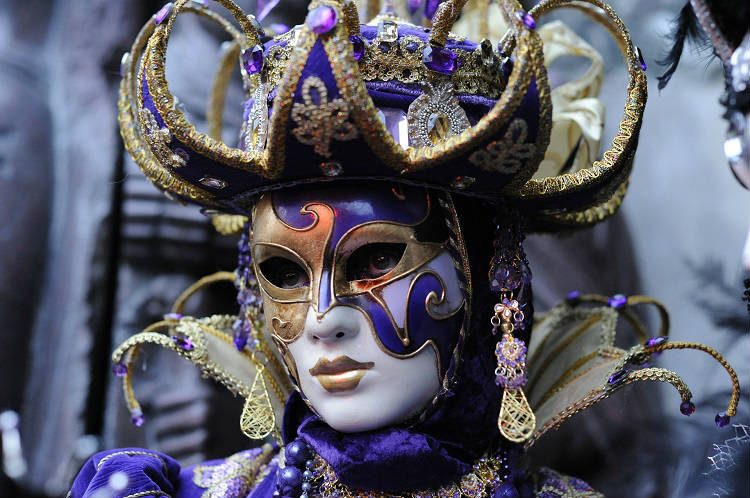 One of Europe’s most coveted celebrations, borne out of lustful activities and indulgence in the 18th Century, Carnevale di Venezia is widely celebrated throughout Venice cruise port. The carnival became internationally famous for its colourful costumes, detailed masks and entertaining musicians, dancers and jugglers. However, it was tragically outlawed in 1797 as it became notorious for encouraging licence and pleasure – even masks were forbidden.

However, the festival returned some 200 years later to promote the history and culture of Venice. Today the carnival welcomes thousands of visitors per year, stretching over the few days before Shrove Tuesday and presenting a holiday of elegance and extravagance. There are even competitions for la maschera piu bella, or ‘the most beautiful mask’. 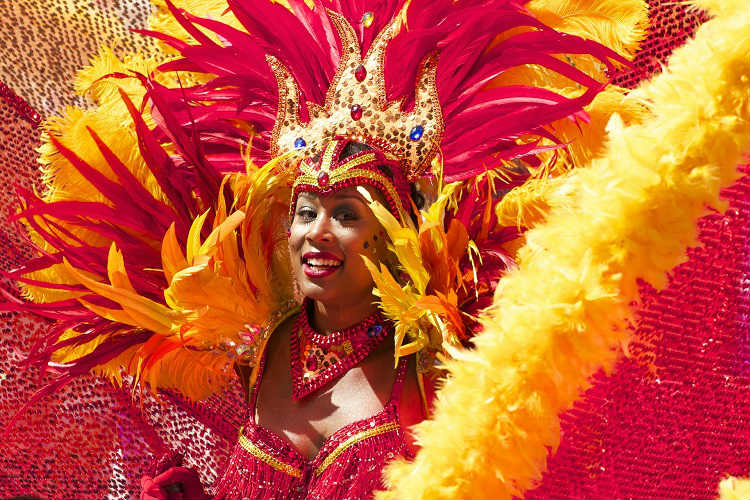 The world’s largest carnival and probably the first we think of when carnival season begins, Rio Carnival plays host to more than 400,000 tourists each year. Having first been introduced to the Brazilian city by the Portuguese, locals added their own South-American samba twist to make the carnival what it is today.

Celebrated after the 40-day period of Lent, the city comes alive with colour and music, welcoming four days of parading, dancing and partying into the early hours. The contagious Rio-rhythms will have you hip-swaying and toe-tapping as you enjoy streams of jewelled headdresses, grand costumes and impressive floats. 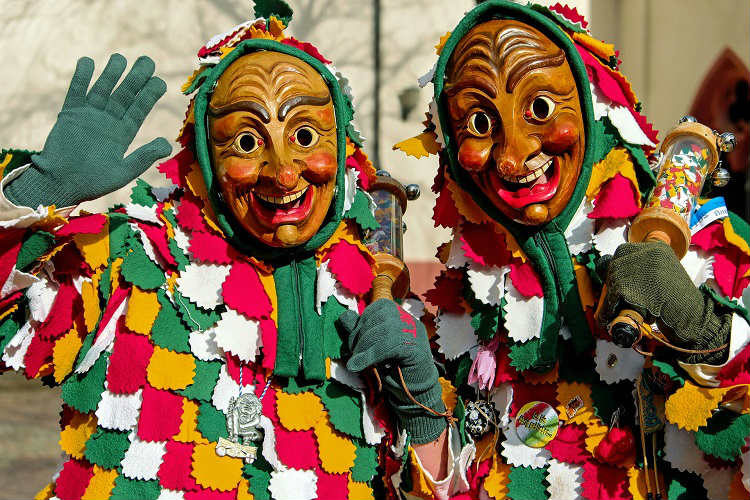 Mardi Gras is New Orleans’ interpretation of the carnival celebrations, after being introduced to the US by French explorers – hence the translation ‘Fat Tuesday’ – as it reflects the practice of the final night of fasting prior to Lent.

This iconic carnival first took place in the 1800s where, shortly after, the Russian Grand Duke Alexei Alexandrovich Romanov visited during the celebrations and the official colours were selected: purple (justice), green (faith) and gold (power). More than 70 parades take place throughout the city, where glass beads are handed out to onlookers as a symbol of good luck. 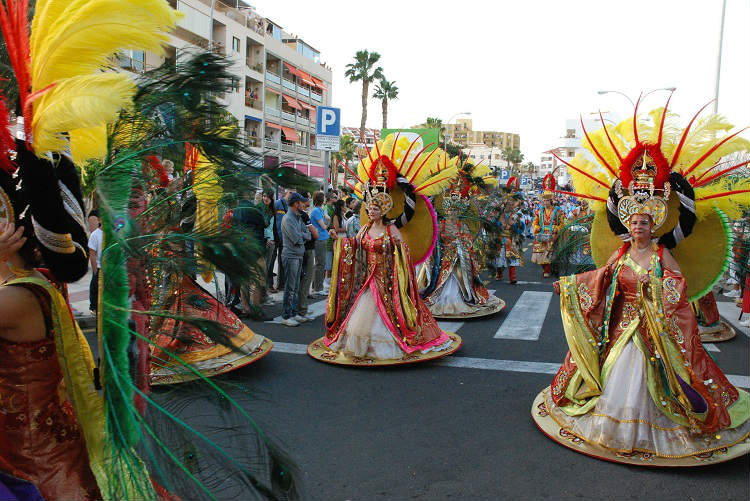 Celebrated every February on the largest Canary Island, the Carnival of Santa Cruz de Tenerife dates back to early European settlers in the 15th Century. Considered the second largest carnival, after Rio Carnival, the festivities spread across the island and attract more than 250,000 visitors.

Accompanied by music and floats, the parades also display annual themes including ancient Egypt, pirates and horror films. Traditions also take place over the carnival period, such as the crowning of the carnival queen and the entierro del sardine, or ‘burial of the sardine’, when a large fish-shaped effigy is burnt to commemorate Lens celebrations. Why not time your next Canary Islands cruise to coincide? 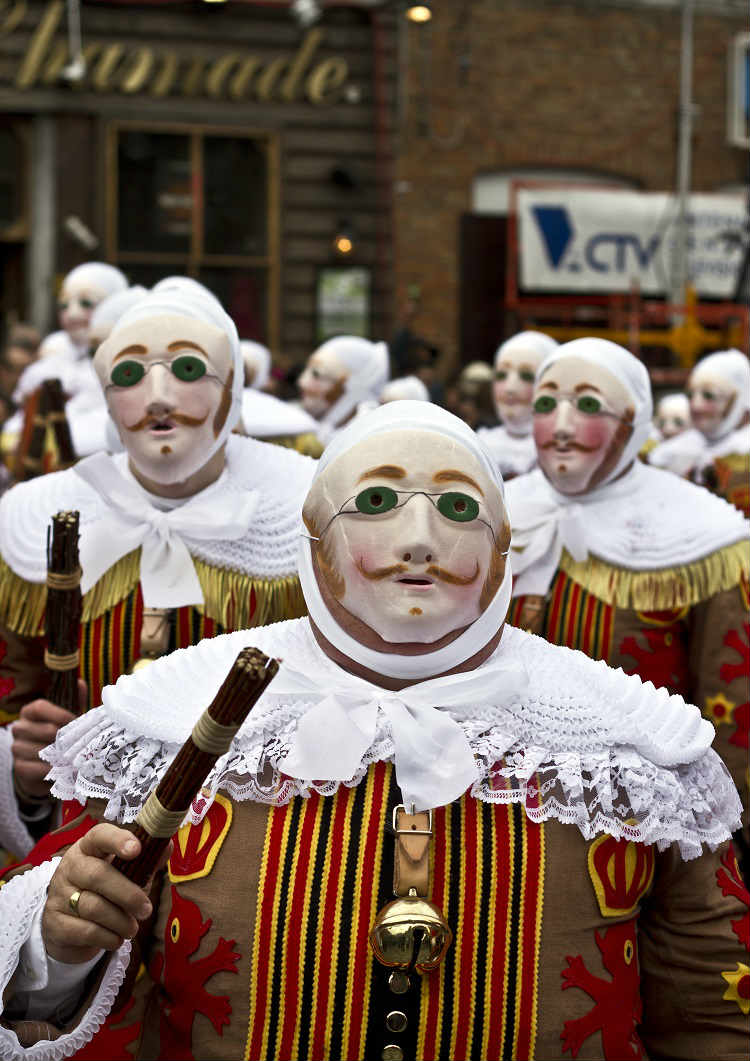 A member of the UNESCO list of Intangible Heritage events, the Binche Carnival is a historic festival also renowned as one of Europe’s oldest surviving street carnivals. The carnival takes place south of Brussels and is a fascinating celebration of European heritage.

The festivities involve folkloric characters roaming the streets, which are then kept on display throughout the year. One of the favourite characters is the Gilles: a man in a moustached mask and wooden footwear who parades through the streets on Shrove Tuesday and throws fruit at passers-by. Other highlights of the celebrations include a huge confetti battl and firework displays which are held in the city centre.

With every country having its own way of celebrating the carnival season, you can expect a different twist on the worldwide phenomenon wherever you travel. Traditions, joy and infectious charm create humour, satire and an atmosphere that creates the perfect backdrop for explorations of a region’s history.

Have you taken part in any of these carnival festivities during a luxury cruise? Let us know in the comment box below.

Emma Smith
Emma has more than six years' experience as a writer and has been in the travel industry for over a year. She loves learning of new places and cruise ships coming to market, as well as discovering fun and exciting activities to do while you sail. She has cruised with Royal Caribbean and is looking to get something in diary for 2020! Her favourite things to see on a ship include excellent entertainment, a delicious cocktail menu and extraordinary dining venues.