The water didn’t look at all inviting, and as I reluctantly took the plunge into its icy embrace I let out an involuntary scream of shock. But within minutes, my momentary discomfort was all but forgotten as a pack of penguins popped out of nowhere, shooting towards me through the waves like a hail of bullets.

I didn’t even have time to squeal in delight as they sped underneath me, fanning out in perfect formation in pursuit of silvery shoals of fish before zipping away into the azure depths. 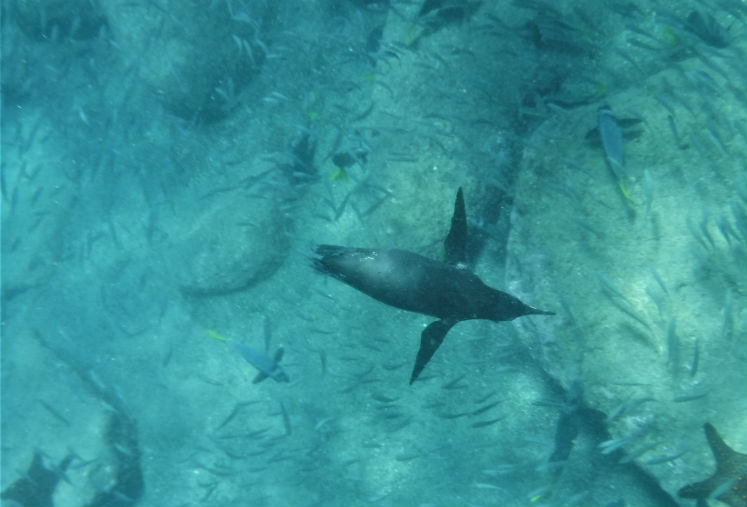 This was only the second day of our Celebrity Cruises’ voyage around the Galapagos Islands aboard Celebrity Xpedition, but such mind-blowing wildlife encounters happened nearly every time I left the ship with my husband and twin 15-year-old daughters to explore this remote archipelago, lying 600 miles off the coast of Ecuador.

Wonders below the surface

Snorkelling trips brought some of the most unforgettable experiences as we spied reef sharks skulking among the rocks, giant shoals of fish thousands-strong, and turtles ponderously paddling along the ocean floor, stopping only to nibble on gently-wafting seaweed. 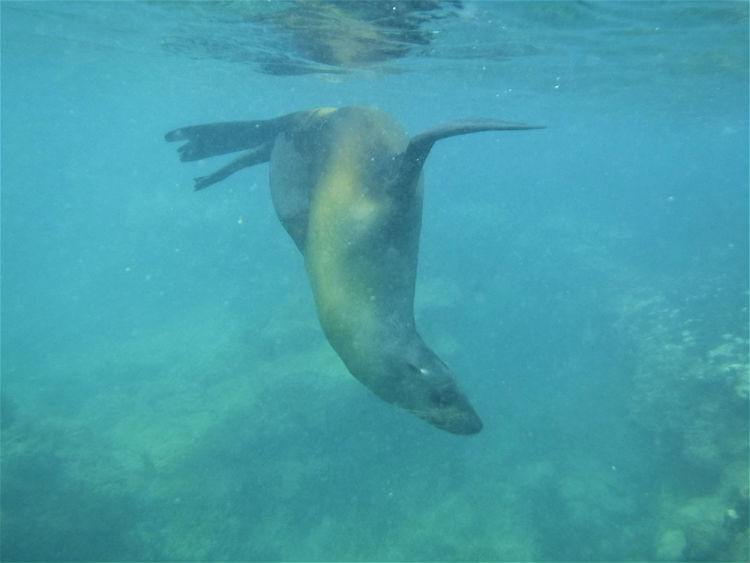 But the real stars of this underwater show were the sea lions, who proved to be the ultimate marine playmates; effortlessly ducking and diving through the water and clearly revelling in their new human friends as they skilfully twisted and somersaulted all around us.

Such incredible experiences more than made up for the long journey. The Galapagos may have long been top of our wish-lists, but the 12-hour flight to Ecuador’s capital Quito via Amsterdam and onward journey to the islands, along with the time difference and resultant jet-lag, made it no easy option.

I’d wondered if the demands of hilltop hikes, early starts, boat excursions and snorkelling trips might prove to be too much for our daughters, but the thrill of exploring this natural wonderland more than outweighed any negatives. 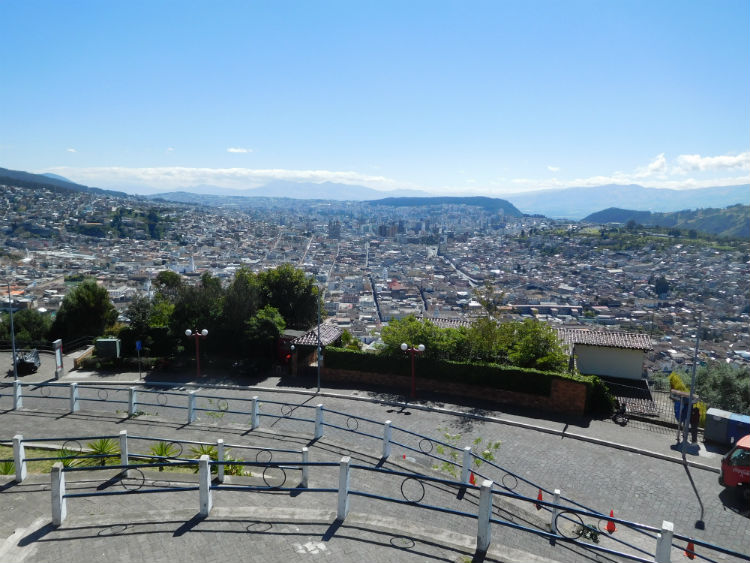 Our trip had started with a two-night stay in Quito, giving us a full day to explore this mountainous city sitting at an altitude-challenging 9,000 feet and surrounded by a ring of dramatic volcanoes.

Our 10-night package with Celebrity included an excellent full-day tour that took us into this Latin city’s colonial heart.

We explored the cobbled streets of the 16th century Old Town on a walking tour that took us past Spanish-style balconied houses and unassuming stone churches that took our breath away when we peered inside to see glittering interiors literally dripping in gold – a legacy of the wealth discovered by early Spanish conquistadors in the 1500s. 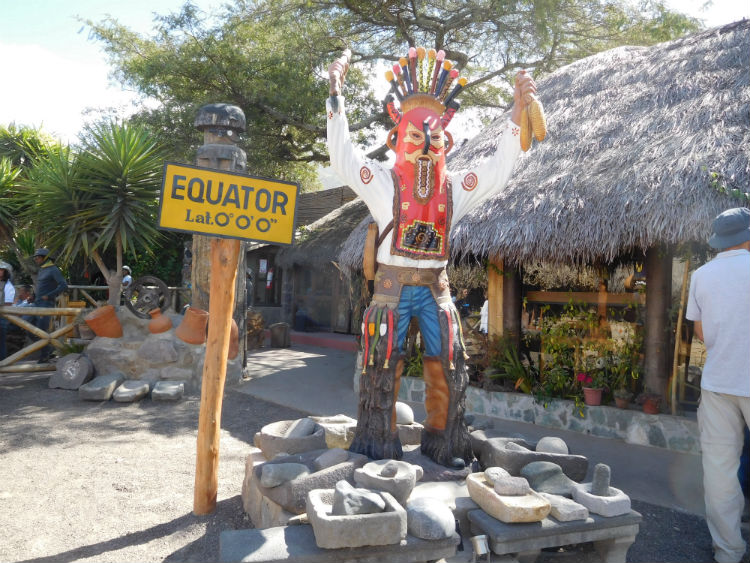 A fun and factual diversion followed at the fascinating Intinan Solar Museum a short drive from the city, which lays claim to the equator running through its grounds and represented by a painted red line where visitors can be photographed with a foot in each hemisphere.

Such an enjoyable day proved to be the perfect way to get acclimatised before leaving for the Galapagos island of Baltra the following morning on a two-hour flight.

This part of the journey was quick and easy, and excitement ran high as drove to the dock and spotted our first blue-footed booby perched on a rock, a sea lion slumbering on the sands and a Galapagos marine iguana crossing the road in front of us. 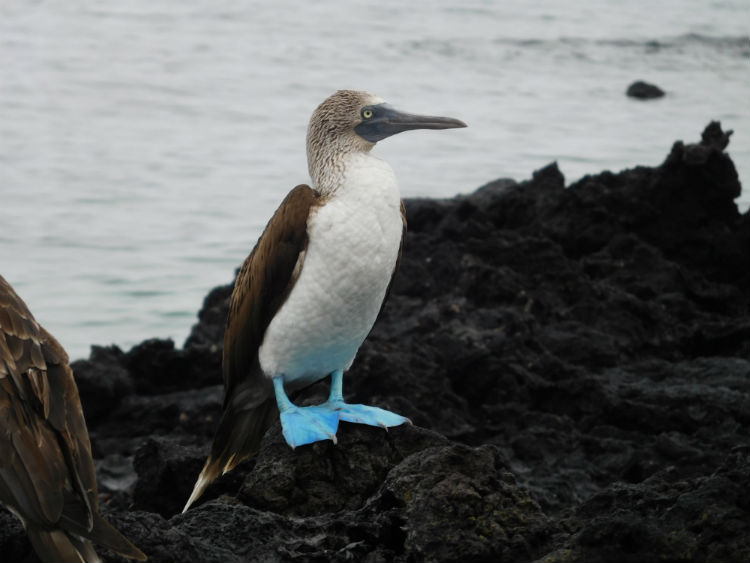 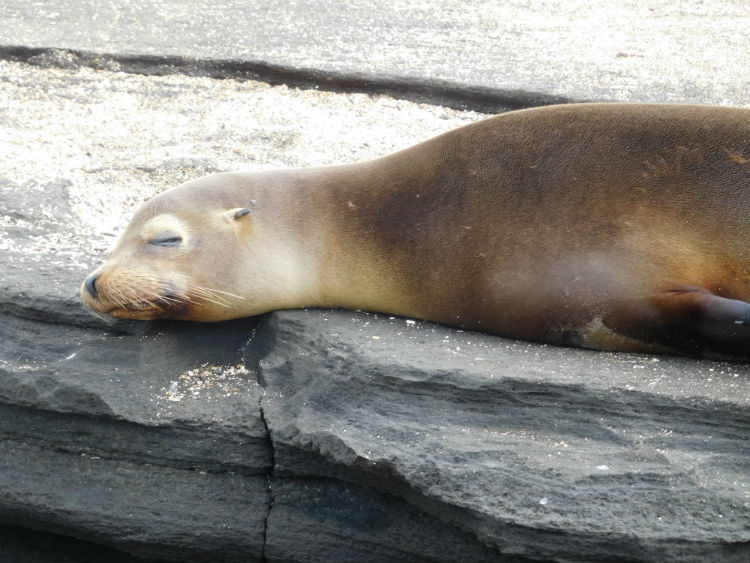 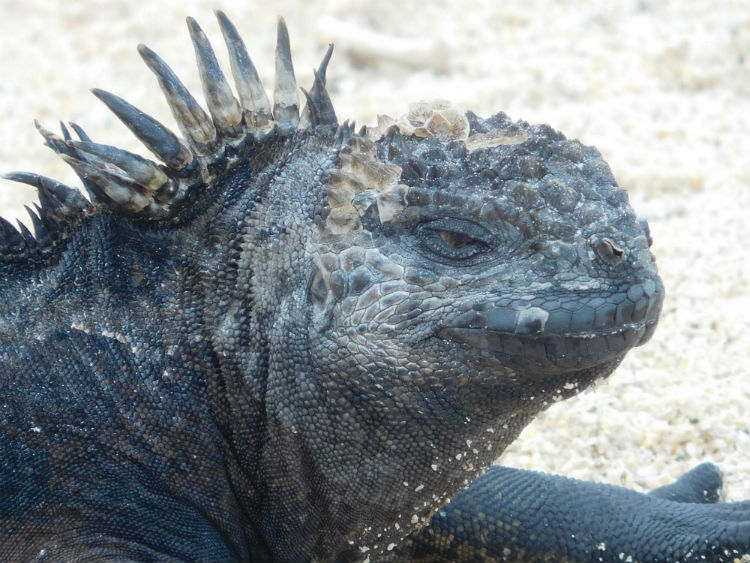 The 100-passenger Celebrity Xpedition was our comfortable home for the next week, with its cosy house-party ambience that meant we soon got to know our fellow passengers who ranged in age from seven years up to 86 years with a sprinkling of families and around 15 youngsters under 16. 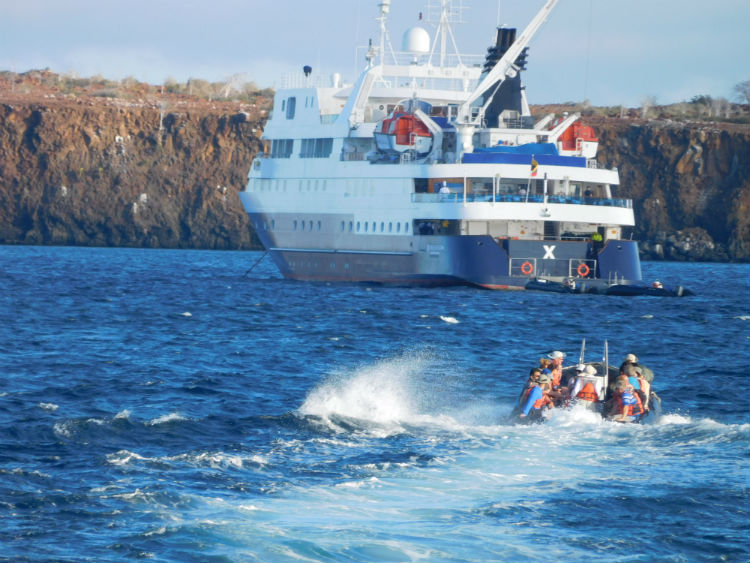 Most of our fellow passengers hailed from North America, though Brits made up the second-largest number with 15 of us, and with shared dining tables we soon bonded over meals of fine food in the main Darwin’s Restaurant and al fresco Beagle Grill, which was an ideal lunchtime spot.

We quickly fell into the onboard routine as everything was so impressively organised, especially the daily walks ashore and Zodiac boat trips, while the Ecuadorian crew who matched friendliness with efficiency were another big plus.

On our first morning we followed in the footsteps of naturalist Charles Darwin as we landed in the same spot where he stepped ashore in 1835, though I don’t know if he was as excited as we were at spotting a bunch of sleepy sealions slumped on the sands.

As our August visit coincided with baby sea lion season, we only walked a few steps before coming across two-week old pups suckling from their mothers, and completely unbothered by our presence. 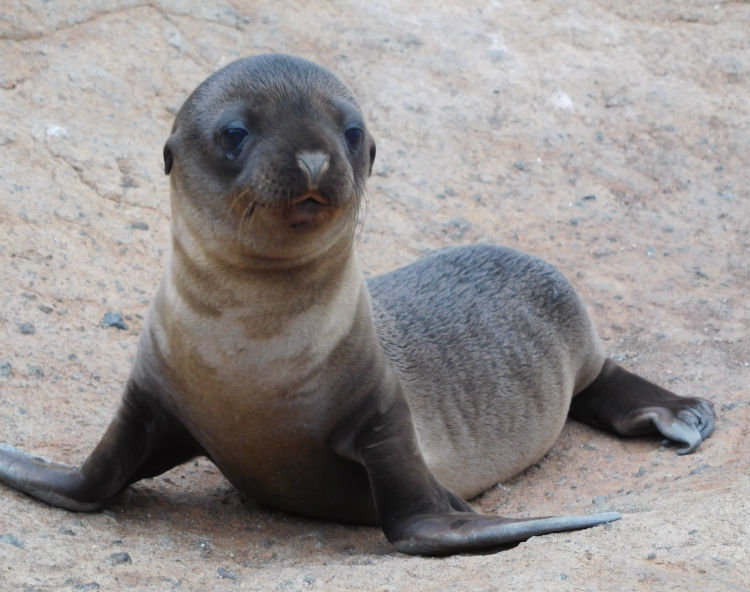 A little further on and we encountered curious Galapagos finches and American mockingbirds that inquisitively hopped around our feet; pink flamingos wading through a brackish lagoon; and thousands of bright scarlet crabs scuttling over black volcanic rocks. 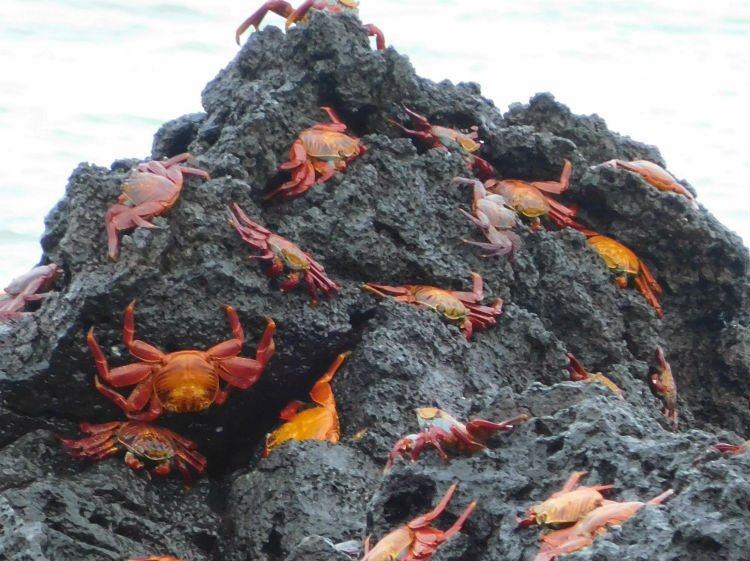 The islands’ rugged landscapes and stunning viewpoints were also a major draw, particularly on our final day when we travelled into the lush highlands of the main isle of Santa Cruz (which surprisingly has a 20,000-strong population) to visit the giant tortoise breeding centre. 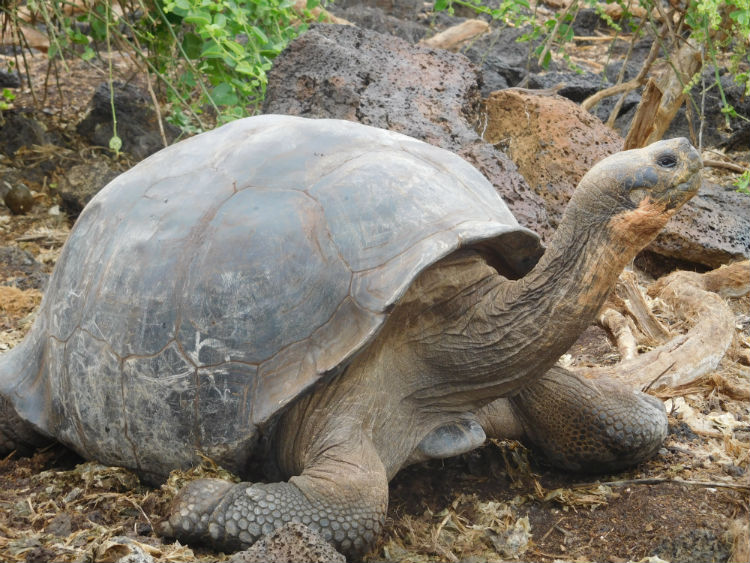 Around 40,000 of these hulking creatures still roam wild here and we soon glimpsed them grazing in surrounding fields or ambling along country tracks, oblivious to the cars and trucks forced to drive around them.

It added a surreal seal to a destination overflowing with natural riches that more than deserves its bucket-list billing. If you only do one major trip in your life – do this. There’s nowhere else like it.