Sailing to the top of the world to discover isolated landscapes where polar bears roam is one of the ultimate thrills of luxury cruises into the Arctic Circle.

Yet this isn’t just the icy realm of the so-called Kings of the Arctic, but an unforgettable setting of snow-covered fjords, vertiginous cliffs teeming with seabirds, and vast glaciers that form a spectacular backdrop to the icy seascape where whales, walruses and seals exist in abundance. 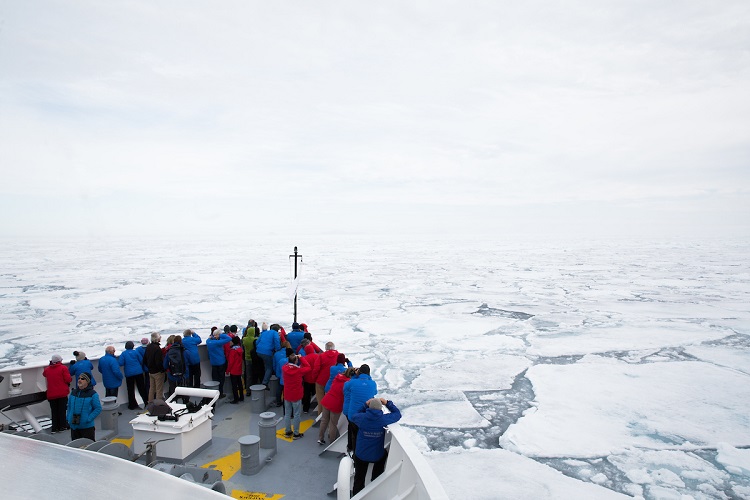 At the heart of the Arctic lies the Svalbard Archipelago – a cluster of islands belonging to Norway which are actually closer to the North Pole than they are to their mother country.

The main island, Spitsbergen, is the jumping-off point for many an Arctic sailing, though more intrepid types can travel further afield to sail to the North Pole or follow the path of adventurers through the fabled Northwest Passage that runs along the top of Canada. 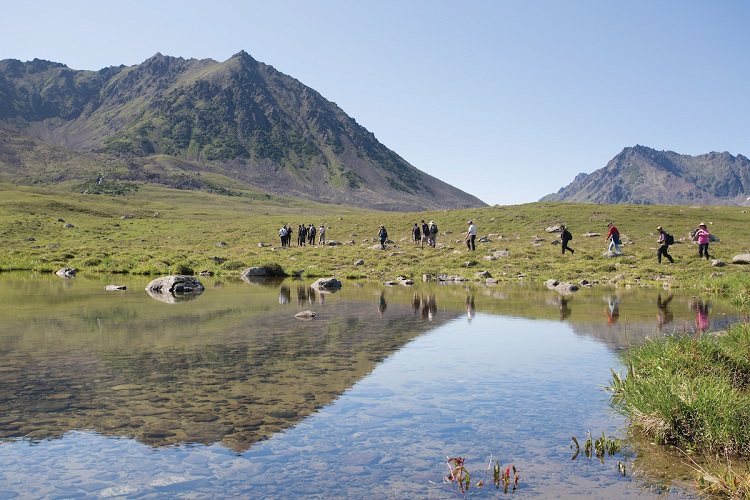 There are even voyages along the Northeast Passage that follow Russia’s remote Siberian coastline – a route full of pristine landscapes, bountiful wildlife, indigenous tribes and natural phenomena – ingredients that give the Arctic its unique appeal. But another strength is the Arctic’s proximity to Europe that makes it more accessible than other wilderness areas.

As growing numbers of travellers tick off bucket list experiences, there is an ever-increasing selection of sailings to cater for them, from luxury ships to hardcore expeditionary vessels. 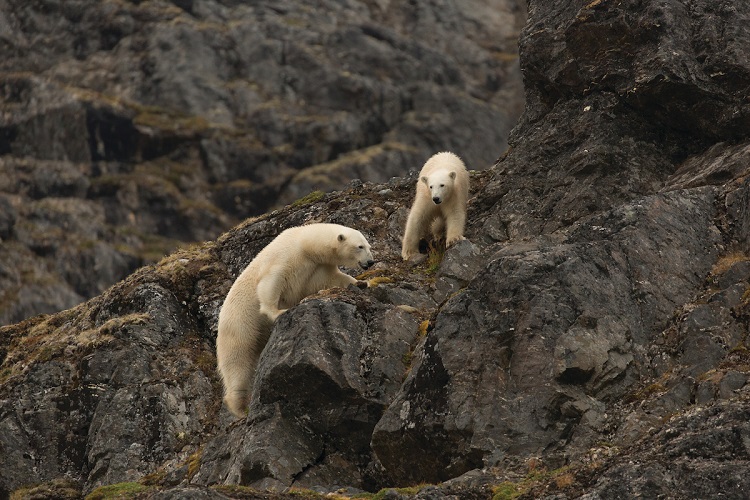 From the UK, the easiest and quickest route to the Arctic is on ships departing British or Scandinavian ports.

Mainstream lines tend to follow the Norwegian coastline, calling at the so-called Arctic capital Tromso and the town of Alta, and offering more of an ‘Arctic-lite’ type of experience – big ship comforts combined with a gentle flavour of local life.

Some may call at the Lofoten Islands, and occasionally sail past Europe’s most northernmost point at the striking North Cape.

Those continuing further northwards will call at Svalbard’s capital Longyearbyen on Spitsbergen, which is also the point from where several expeditionary sailings depart for off-the-beaten-track voyages that delve deep into the archipelago’s most undiscovered spots on sea-going adventures lasting one or two weeks.

For the ultimate thrill, there are voyages on-board nuclear-powered Russian ice-breaker ’50 Years of Victory’ from the Russian port of Murmansk to the North Pole, where passengers disembark for photos and can even take hot-air balloon rides over the earth’s most northernmost point.

The Northwest Passage is long renowned among mariners and explorers, though it only becomes navigable for a few weeks during the Arctic summer when ships slowly pick their way through the pack ice – and conditions are notoriously unpredictable. The stunning, but inhospitable terrain is home to abundant wildlife that includes brown bears, polar bears, whales, Arctic wolves and numerous bird species. Expedition cruises through here are few and far between and take between 13 and 25 days. 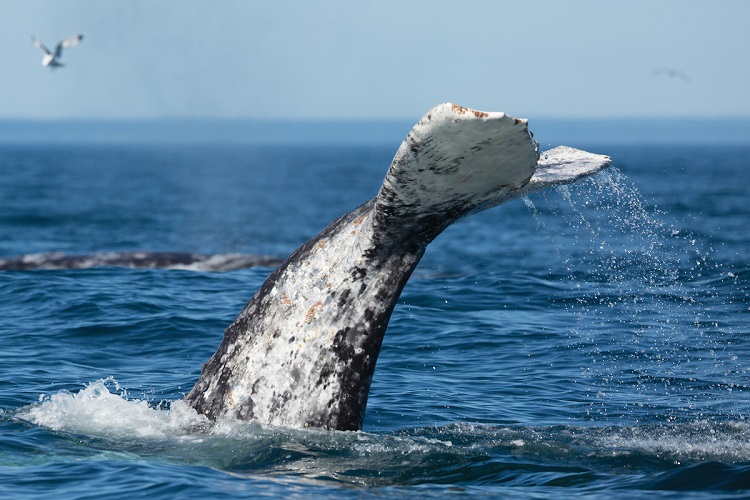 Passengers going east may board their ship in the Canadian territory of Nunavut, or Alaska, while those heading west sail from Iceland or Greenland. The Russian Arctic is another relatively undiscovered region as, for many years, it was off limits to foreigners.

Voyages offered by the likes of Silversea and Hapag-Lloyd Cruises last around two weeks, starting from Chukotka in north-east Russia, cruising the north Siberian coast and visiting sites such as Wrangle Island, nicknamed the polar bear maternity ward due to the world’s highest concentration of dens.

Closer to home is Iceland, a rising star of the cruising world due to its wealth of natural attractions, which are often combined with cruises to Norway, the Shetland Islands and the Faroes.

Greenland, another relatively unexplored and unspoilt gem that is home to tiny fishing communities and Inuit tribes that have lived here for generations, may also appear on cruises that combine it with Iceland and, in some cases, Spitsbergen. More in-depth expedition cruises along Greenland’s coast tend to depart the Danish territory’s main gateway of Kangerlussuaq, while some sailings head west into Canada’s high Arctic territories. 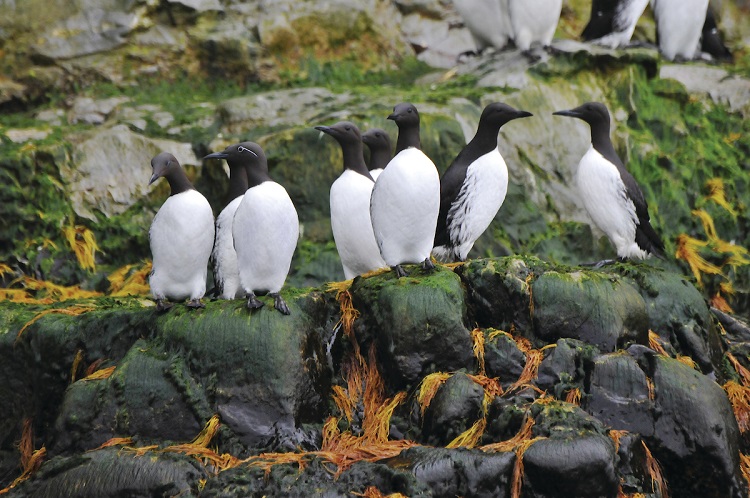 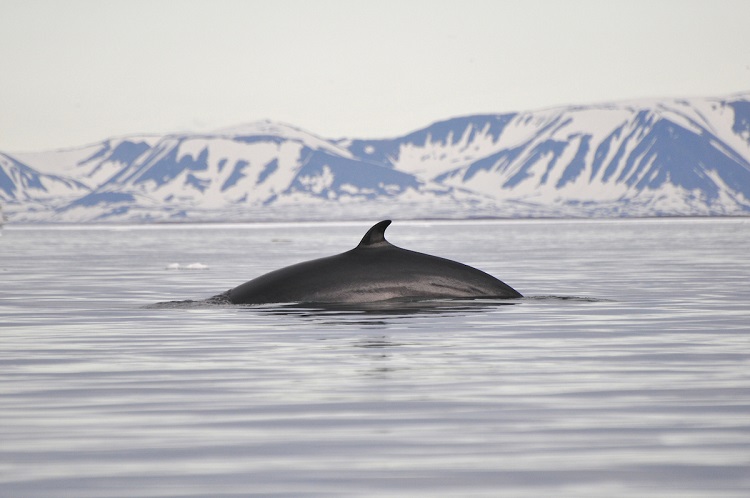 The summer is naturally the peak time for Arctic cruises, when the region transforms into the ethereal Land of the Midnight Sun in contrast to the dark winter months when the sun never rises above the horizon.

Most ships head northwards into the Arctic Circle from May to September. Early season sailings tend to be shorter and stay in the south of the region as winter ice is still melting. However, it is a good time to spot Arctic bird species before they migrate and to catch sightings of polar bears and walruses as they finish their winter hunting.

High summer in July and August is when the Arctic’s flora comes into full bloom and the wildlife revels in the warmer temperatures, with many species rearing their young.

As the ice retreats, more inaccessible routes further north open up for a short time, but as September draws on, this window disappears and ships return to more southerly courses. 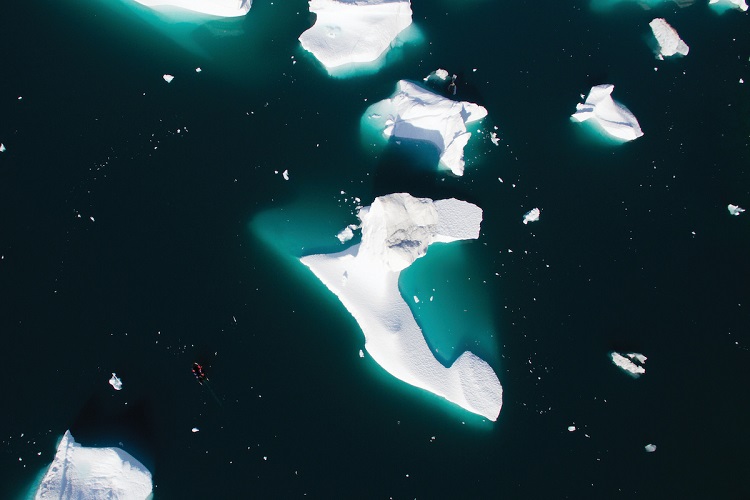 While the harsh winter months rule much of the Arctic out of bounds, the night skies are brightened by the appearance of nature’s spectacular light show, the Aurora Borealis, which has sparked a raft of Northern Lights cruises aimed at showcasing this natural phenomenon and injecting year-round appeal into this spectacular region.

Embark on an unforgettable Arctic expedition

Call our Cruise Concierge team on 0808 202 6105 for award-winning customer service and advice with your booking and any questions you may have.