Galapagos isn’t your regular tropical paradise. This Ecuadorian archipelago is a place for adventure: a volcanic paradise home to incredible biodiversity. The unique Galapagos animals have evolved in isolation to become their own subspecies: a range of special creatures that are perfectly adapted to remote island life. In fact, the Galapagos islands inspired Charles Darwin’s theory of evolution by natural selection.

During a Galapagos cruise you are sure to spot wildlife at every turn, but here are seven spectacular species to keep a particular eye out for. 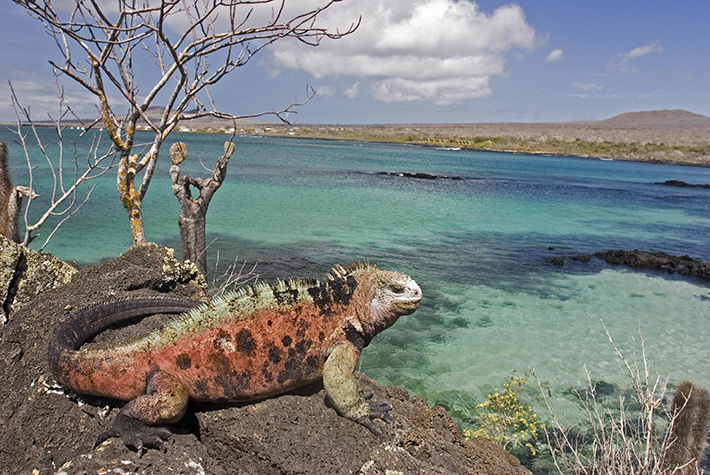 If you are anything like the Six Star Cruises team, you’ll have been glued to David Attenborough’s Planet Earth II. Was your heart in your mouth as newly-hatched marine iguanas faced a gauntlet of hungry snakes? The segment was filmed on Galapagos, where marine iguanas are an everyday sight as they bask on the rocks and dive underwater, winding through the ocean like Godzilla in search of seaweed and algae. 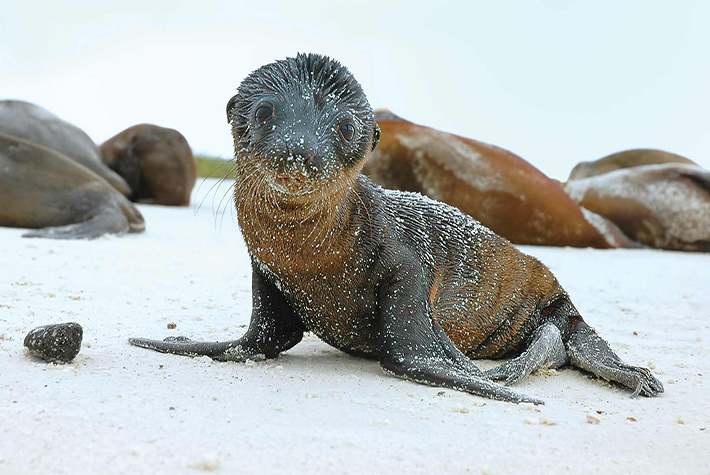 The fur seal is, undoubtedly, the most charismatic Galapagos mammal. Their thick fur, delicate faces and little ears are incredibly endearing: charming all those who catch sight of them basking on the rocky shore.

The Galapagos fur seal is shy and feeds mostly at night, so you are much less likely to see it dancing through the water during a scuba dive than its cousin, the Galapagos sea lion. 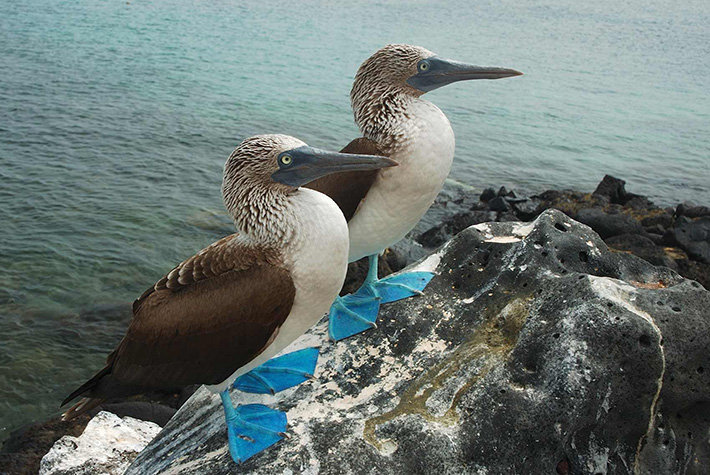 Of all the Galapagos birds, you are sure to have heard of this one. But the booby bird is so much more than a funny name. The bright blue feet of the male birds are instantly recognisable, and they put on a fabulous courtship display.

Male blue-footed boobies lift up their resplendent feet and wave them about in the air, showing off their size and colour to the females. Monty Python’s ‘Ministry of Silly Walks’ springs to mind! 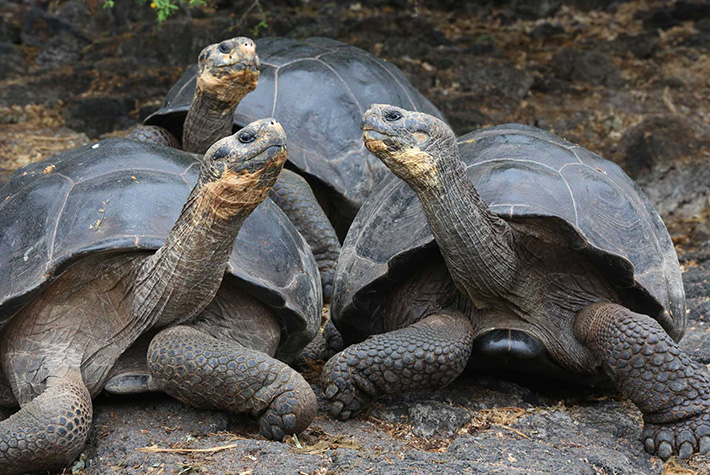 The Galapagos national park is famous for its giant tortoises. Weighing up to 250kg, these iconic reptiles live mostly up in the highlands. There are actually around 15 subspecies of Galapagos giant tortoise on the islands, with the most famous being the late Lonesome George. The last of his Pinta Island subspecies, he lived to the ripe old age of 100 before passing away in 2012. 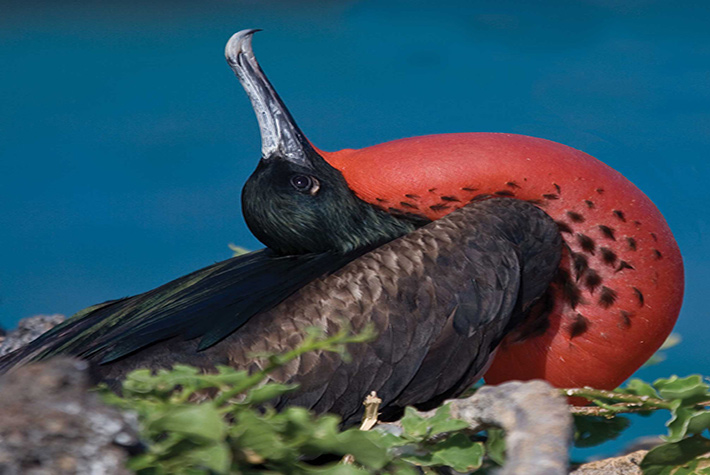 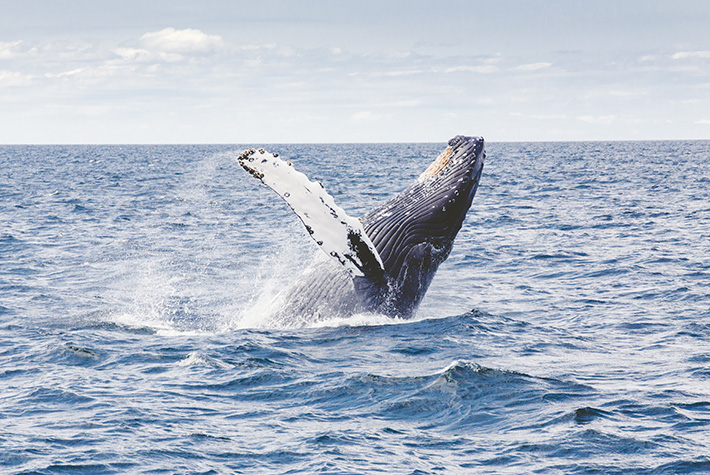 The marine life around the Galapagos is unrivalled. The sea is alive with countless fish, dolphin and whale species, including the stunning humpback whale. With a tendency to breach completely out of the water in an apparent leap for joy, they put on a spectacular show, offering memories you’ll treasure for a lifetime. 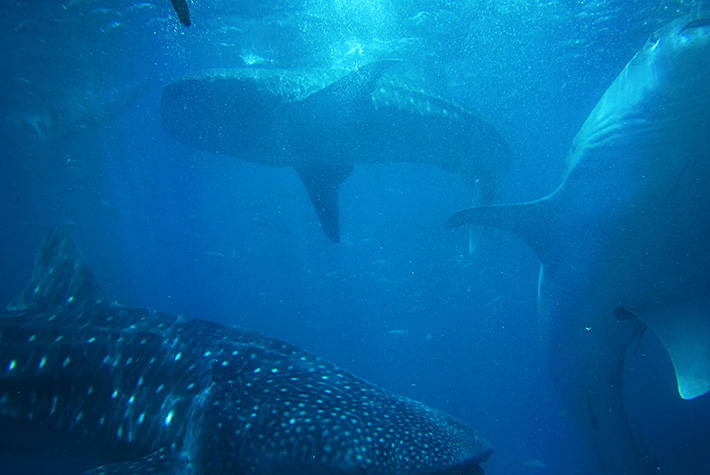 Sharks are some of the most numerous Galapagos species, ranging from blacktip sharks to huge whale sharks. These gentle giants are the largest fish on the planet, reaching lengths of up to 12 metres. But don’t go swimming for your life – whale sharks are completely harmless and spend their lives feeding on plankton.

It isn’t hard to see why the Galapagos islands are a cherished World Heritage Site. Galapagos wildlife is unique, offering close-up views of some astounding animals. The species here have evolved with little to no interference from humans, and aren’t all that bothered by your presence. But remember, be respectful: avoid invading their space to help keep this habitat as pristine as possible.

Would you like to follow in Charles Darwin’s footsteps and explore the wildlife of the Galapagos? Silversea now offers unique itineraries on-board Silver Galapagos: an intimate vessel with space for just 100 guests.

There is nothing like exploring this unique habitat on-board a luxury cruise ship, so don’t hesitate to call 0207 980 2848 to book. Your personal Cruise Concierge is on hand to answer any questions, and to tell you more about this fascinating Silversea cruises destination.