Cruising to unspoiled destinations and untouched lands offers the perfect chance to spot endemic wildlife and wandering critter you might not see otherwise. As more expedition sailings and ships launch, there are more opportunities to see the spectacular sights of the animal kingdom up close.

Whether its diving with whale sharks or watching birds dance, wildlife watching offers the chance to enjoy unforgettable moments which are inspiring and exciting. What’s better than watching young seal pups wander the beaches of the Galapagos during their first months, or even witnessing polar bears roaming for their next meal in the Arctic? With certain months of the year hosting remarkable wildlife, here are the ones we think will offer you the most incredible experiences.

The tourist season of Antarctica is roughly five months long, from October to March. Right in the middle, January, is our top choice to start the year off. Seal pups are commonly sighted on the beaches of South Georgia, where you can watch the feeding frenzy as budding parents come ashore to tend to their young. 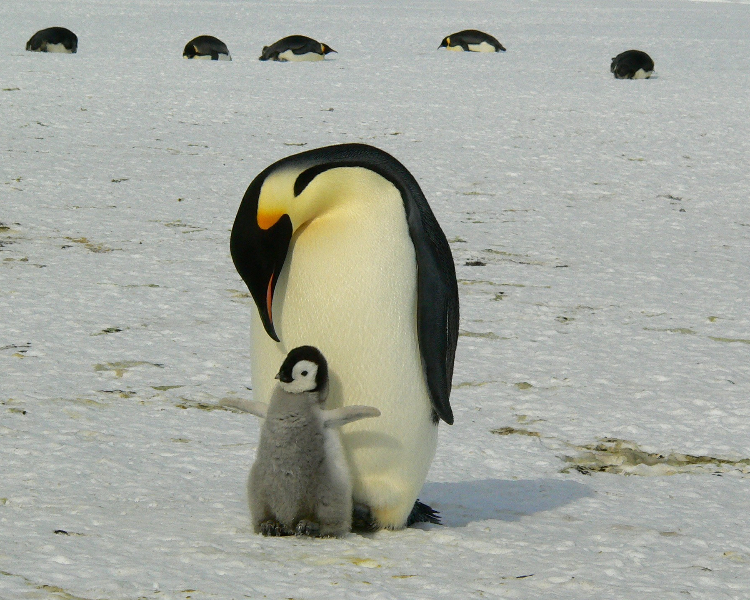 It’s also a good time to spot penguin chicks, which are now fluffy and grey. January is perfect for a rare visit to the historic huts of Shackleton and Scott as the sea ice of East Antarctica breaks allowing for a brief window of opportunity.

As one of the driest months in Costa Rica, February is the ideal time to visit for wildlife sightings. Due to the reduced rainfall, animals no longer need to hide from the wet weather and so spotting them is much easier. Expect colourful creatures such as toucans and butterflies fluttering through the canopies, while monkeys and sloths scramble across branches. 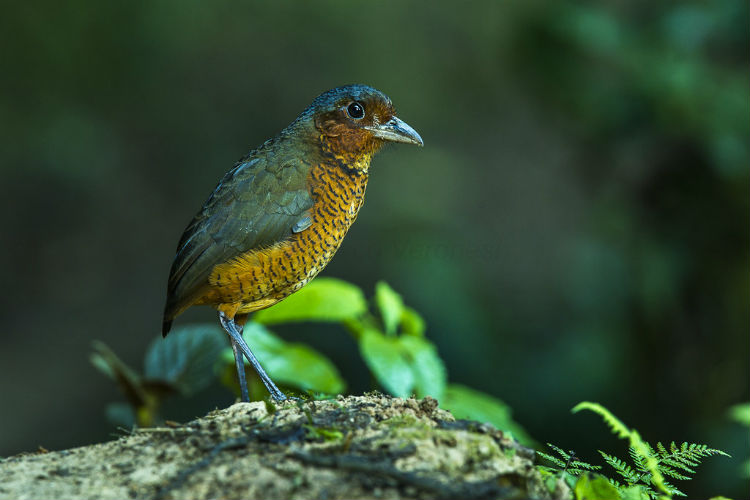 Head to the Corcovado National Park and Osa Peninsula for a chance to spot four species of primate: spider monkey, squirrel monkey, howler monkey and the white-faced monkey.

If you don’t mind the heat, India in March is prime wildlife-spotting time as the dryer climate causes grasses to grow shorter and reveal more animals. It’s the best time to spot wandering tigers, Asiatic lions and even Asiatic leopards if you’re lucky! 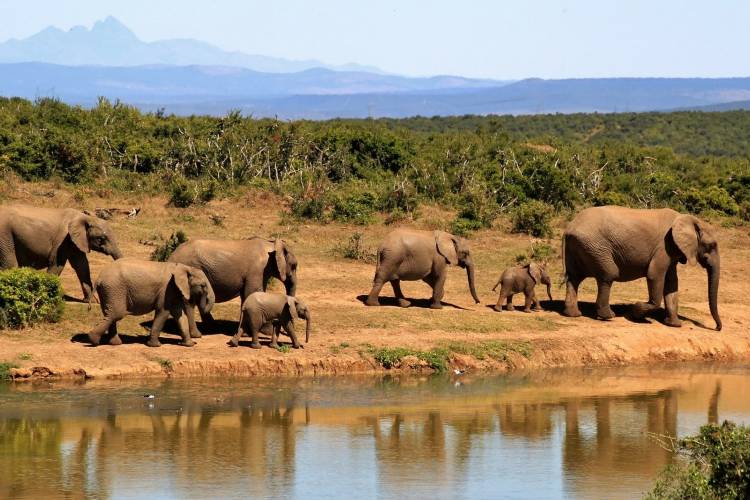 The lack of water sources also means that animals gather together around watering holes, such as the one-horned rhino in Kaziranga National Park or elephants in Kerala. For the real wildlife enthusiast, camp in the Himalayas for a chance to witness the elusive snow leopards as they come down to the lower reaches of the mountains in search of prey.

Seabourn Cruises to India visit Kochi (Cochin), a vibrant city situated in Kerala. An excursion with the cruise line features a chance to explore the backwaters of Alappuzha by houseboat, drifting through the network of rivers and canals and catching glimpses of kingfishers and parakeets.

Explore life beneath the surface in Australia during April, when you can dive and snorkel with whale sharks from Ningaloo Reef in Western Australia. April brings warm weather and sunny days to the region, ideal for the whale season. 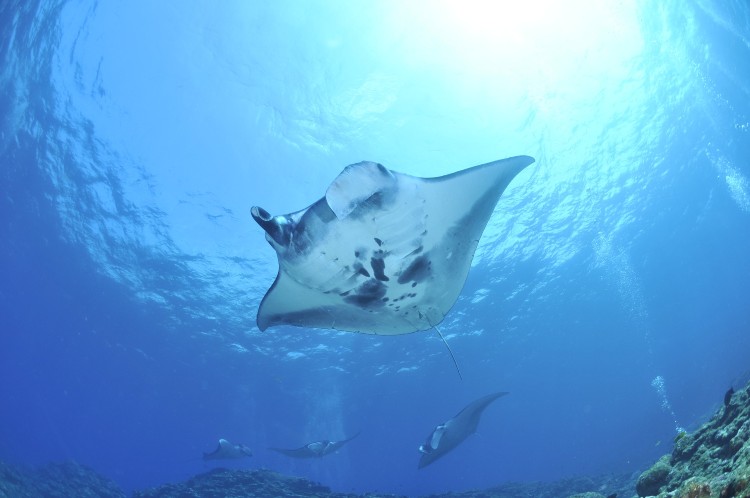 During this time the planet’s largest fish visit Exmouth to feed on masses of krill that also flock to the waters. There is also opportunity to catch sight of manta rays and humpback whales during your visit to the reef.

May in Indonesia offers the chance to witness a real-life Godzilla, the Komodo Dragon. The world’s largest existing lizard exists on only a handful of Indonesian islands and May is a great month to spot them. The dragons are largely visible in open areas but, as it’s also mating season, they can often retreat to forests. The best islands to visit them on are Rinca and Komodo, with the latter also boasting an opportunity to dive with manta rays and walk along pink sand beaches. 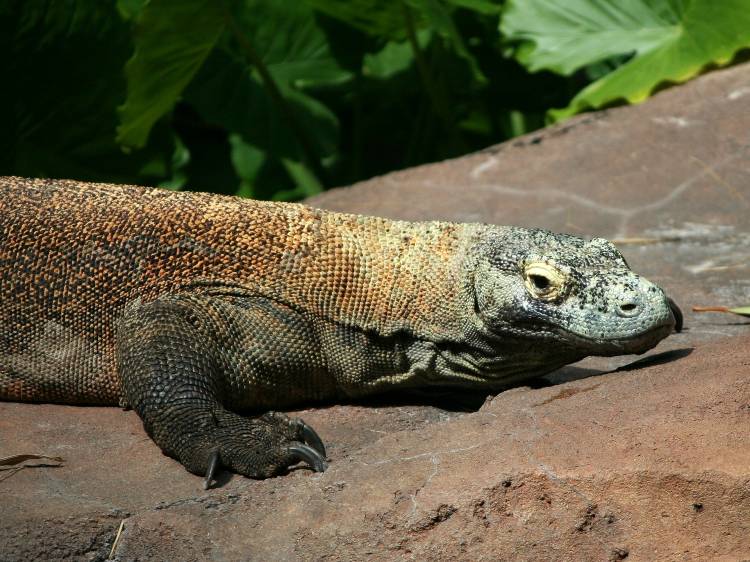 Venture to Komodo with Regent Seven Seas Cruises and you can meet with a local guide and enjoy a walking expedition of the island, looking out for the dragons and learning of their fellow flora and fauna.

June is a popular month to visit Alaska, as the tourist season comes into full swing. With longer daylight hours and a plethora of wildlife emerging, there is so much to see you won’t know where to start! This early summer month is when you can notice an abundance of young wildlife. 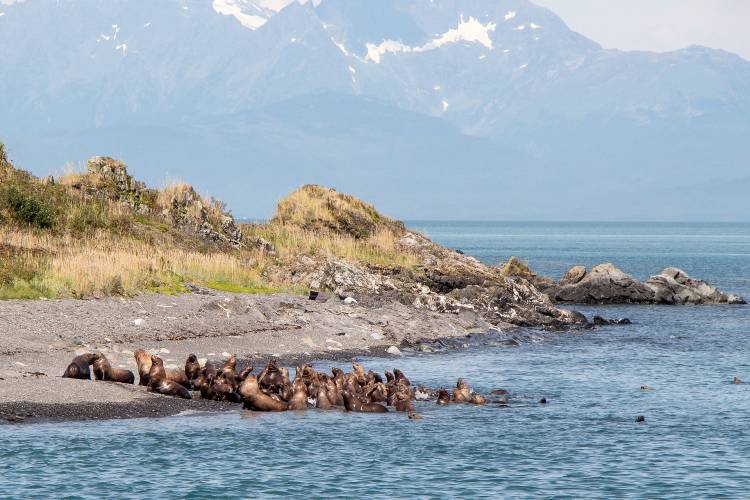 Look to the water to spot harbour seal pups, hatching ducks and beluga whiles as they break the surface; while on land you can catch sight of caribou, mountain goat kids, black bear cubs and moose calves.

Boasting near perfect conditions, Borneo will enthral visitors throughout July with its wildlife watching and excellent weather. Turtle season commences throughout the month off Lanyakan Island, while orangutans are still active amongst the fruit trees. Amongst the most intelligent of the great apes, orangutans are the most endangered and are now only found in the rainforests of Sumatra and Borneo. This makes them a rare treat to see in person, and a memory to treasure for a lifetime.

You can escape to Borneo with Oceania Cruises, heading to the port of Kota Kinabalu for a chance to venture into the astonishing Kinabalu Park and spot rare orchids along the nature trails.

The Arctic’s warmest and busiest month, August offers plentiful wildlife for you to spot during a visit. Birds, walruses and seals can all be spotted, as well as four species of whale: minke, humpback, fin and blue. The region’s iconic polar bear can also be sighted as Spitsbergen’s west coast is now entirely ice free. August also sees a vast movement of seabird colonies as they prepare to head south for the winder. 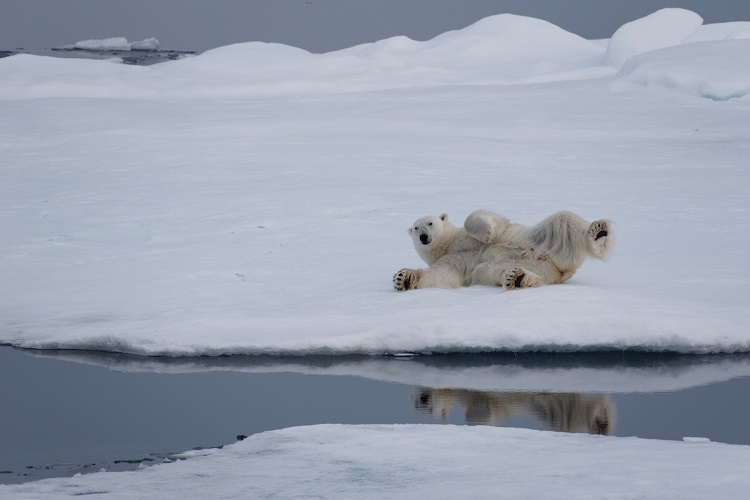 Seabourn’s newest addition, Seabourn Venture, will be setting sail for the Arctic in 2021, offering a range of itineraries which will visit ports across regions such as Greenland, Iceland and Norway.

No wildlife list would be complete without the Galapagos and September is the best time to visit to see them all. As one of the most important and protected ecosystems on earth, the region is home to many unique species which are a wildlife-spotters dream. Wander in the footsteps of Charles Darwin and visit Baltra Island to spot endemic marine iguanas, while Santa Cruz Island is perfect for snorkelling with sea turtles and eagle rays. 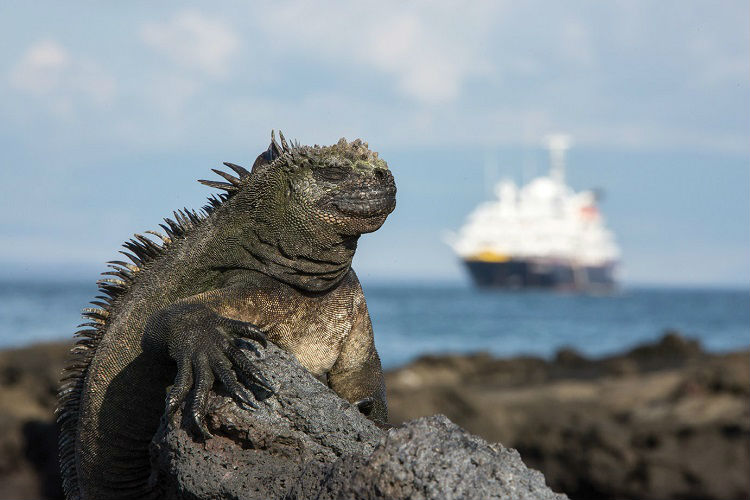 Due to its tight regulations about cruising here, there are only a few ships which can operate here. One of these is Silversea’s brand-new Silver Origin, billed to be one of the most luxurious vessels in the Galapagos when she launches in summer 2020.

Often when dreaming of a wildlife holiday, Africa is one of the first places to consider. The Big Five – lions, cheetah, rhino, elephants and cape buffalo – are on many bucket lists and October offers the best chance to check a few off your list. In Kenya, the dry season means there are more animals seeking food and water so you’re likely to spot them wandering. 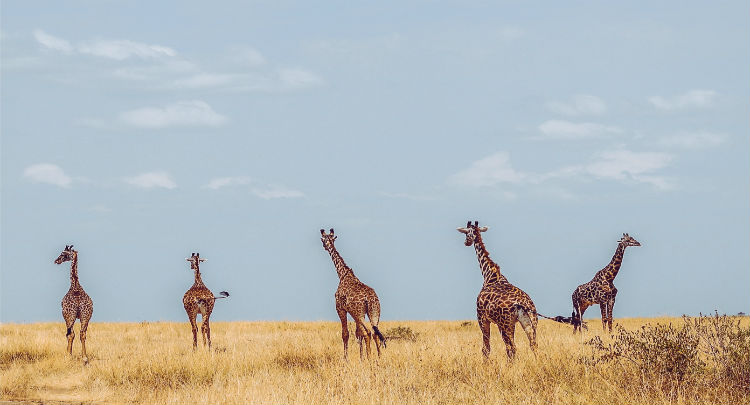 While in Botswana, herds of elephant and buffalo form in Chobe National Park. In Namibia,  you can track Rhino in Palmwag or spot birds at Etosha National Park, with flocks of flamingos gathering at the Etosha Pan. October is also a great time to photograph mountain gorillas in Rwanda. It’s the wet season here during the month, which means that though rain is frequent the air is much clearer.

As winter descends on Hokkaido, Japan, feeding stations are set up at the Kushiro marshlands, pre-empting the upcoming visitors. Red-crowned cranes gather at the winter-feeding sites from November to March, when visitors can watch the birds perform their spectacular dance, often in pairs and seemingly choreographed with jumps and dips in the snow. 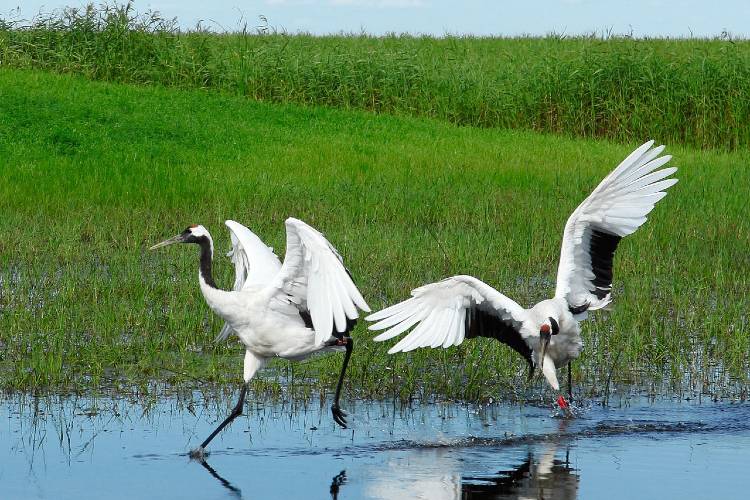 The birds were thought to be extinct in Japan until 1926, when conservation efforts brought the numbers to more than 1,000 birds in the region. It’s no wonder the Japanese believe that the cranes bring them good luck – they are a true privilege to watch.

Peru offers the perfect December getaway for wildlife lovers, with colourful critters and spectacular species to gaze upon. The Tambopata National Reserve welcomes hundreds of technicolour macaws and parrots each morning as they munch on the mineral-rich clay of Collpa Colorado – arguably the world’s largest. 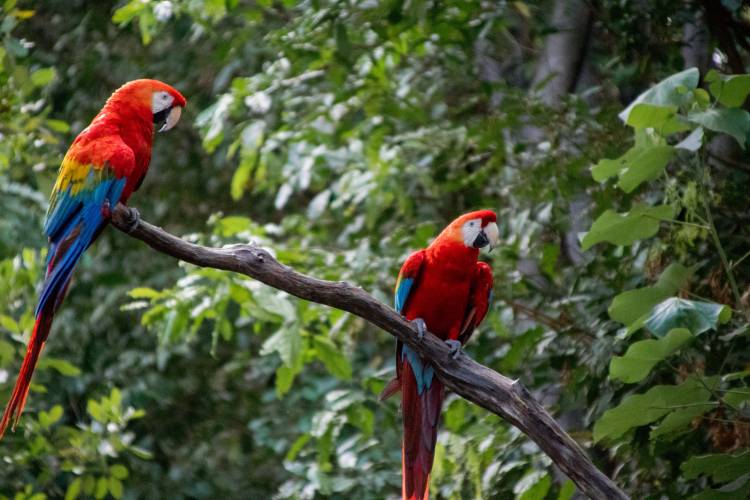 December is the peak breeding season for the many species and so vivid blues, yellows and reds can be spotted soaring to the collpa. Tapir, giant otter and jaguar also roam the reserve, alongside dozens of reptiles and amphibians – you won’t know where to look!

Where have you spotted wildlife on your cruise? Are any of these places on your bucket list? Let us know in the comments below!